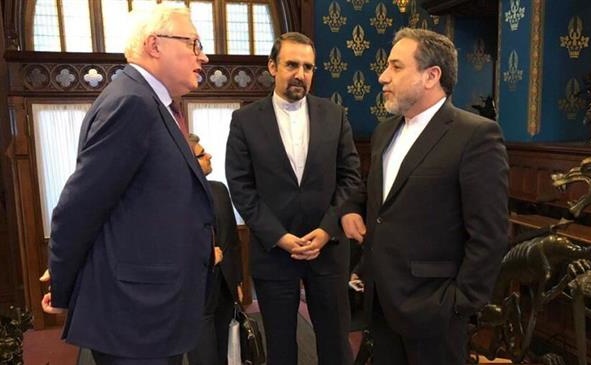 Russian Deputy Foreign Minister Sergey Ryabkov has said that more suspensions by Iran of its commitments, under a 2015 nuclear deal, “may be inevitable”.

Ryabkov told State media on Friday, after a meeting the previous day with Iranian counterpart Abbas Araqchi, that the fourth set of suspensions would occur if “Tehran’s economic interests are not taken into account”.

Since June, Iran has systematically implemented suspensions in response to last November’s comprehensive US sanctions, which followed Donald Trump’s withdrawal from the nuclear deal in May 2018. Tehran has broken the limit on stocks of 3.67% enriched uranium, raised enrichment to 4.5%, and reinstalled advanced uranium centrifuges.

Iranian officials, including President Hassan Rouhani, have warned of the fourth suspensions but have not specified the steps. So far, Iran has not returned to the pre-2015 production of 20% uranium, which can be further enriched to 90% for use in nuclear warheads.

Ryabkov said in an interview with State outlet TASS:

They announced a long time ago that if there is no progress from the side of other parties to the JCPOA [Joint Comprehensive Plan of Action] in ensuring Iran’s legal economic interests, they will take the corresponding measures every two months.

I assume that if the situation continues to stall and if there is no improvement regarding Iran’s trade-economic situation, the so-called fourth stage may become inevitable.

A Warning to Europe

Ryabkov said he had not discussed the possible suspension with Iranian Deputy Foreign Minister Araqchi, in their Moscow meeting: “We talked about what needs to be done to improve the stability of JCPOA.”

But Iranian State media highlighted Araqchi’s warning to European countries that “time is running out”: “This path is getting narrower and more impassable every day, and the countries remaining in the JCPOA should know they have little time, if they are serious about maintaining the deal.”

The Iranian minister spoke of the mediation effort by French President Emmanuel Macron: “Such initiatives are acceptable only if they are balanced and realistic and serve Iran’s interests under the JCPOA.”

Macron launched a mediation effort in July, shuttling between Trump and Rouhani. France proposed a $15 billion line of credit to Iran, in return for Tehran lifting its suspension of commitments under the nuclear agreement. However, the attempt was blunted by France’s need to get US acceptance of any line of credit, protecting French financial institutions from American punishment.

The French President failed to get President Rouhani into a phone conversation with Donald Trump on the sidelines of the UN General Assembly meeting in September, when the Iranian leader refused to leave his hotel room.

In early October, French Foreign Minister Jean-Yves Le Drian said Iran and the US must enter talks within a month.