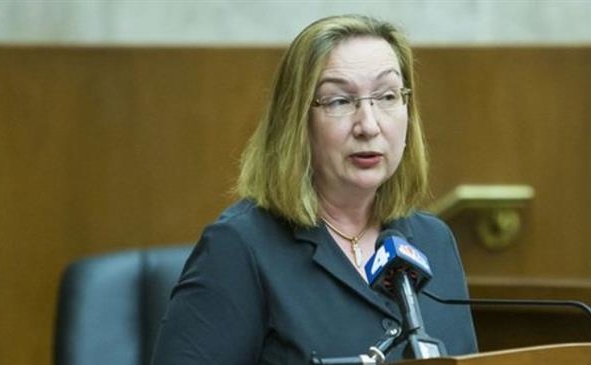 Judge Beryl Howell: “Even in cases of Presidential impeachment, a House resolution has never, in fact, been required to begin an impeachment inquiry”

A federal judge rules that the impeachment inquiry into Donald Trump is legal.

In 1974 courts ruled that legislators could see similar documents as they considered the impeachment of President Richard Nixon. Howell said that the importance of the current process outweighed any need for withholding information from members of Congress.

She firmly rejected the arguments of Trump allies, including Republican legislators, against the impeachment inquiry. The arguments were “cherry-picked and incomplete” and were not supported by the Constitution, House rules, or court precedents: “Even in cases of Presidential impeachment, a House resolution has never, in fact, been required to begin an impeachment inquiry.”

The judge said the White House attempt to block the inquiry strengthened the case for its continuation. She cited Trump’s assertion that he would defy “all” subpoenas, and a letter by White House counsel Pat Cipollone directing officials not to provide testimony or documents:

The White House’s stated policy of noncooperation with the impeachment inquiry weighs heavily in favor of disclosure. Congress’s need to access grand jury material relevant to potential impeachable conduct by a president is heightened when the executive branch willfully obstructs channels for accessing other relevant evidence.

House committees have broken the White House stonewall this month with testimony from a series of current and former officials, over Trump’s demand of the Ukrainian President for investigations of Presidential candidate Joe Biden and the Democratic Party. Testimony and documents — from the US chargé d’affaires in Kiev, William Taylor; former US envoy to Ukraine Kurt Volker; former US Ambassador to Ukraine Marie Yovanovitch; and others — have established the months-long campaign by Trump and his personal attorney Rudy Giuliani, including the link between Trump’s suspension of military aid to Kiev and the demand for the investigations.

On Friday the House committees issued subpoenas to Russell Vought, the acting director of the Office of Management and Budget, and two other officials.

Testimony from US diplomat Taylor and others has pointed to the role of the OMB and its director Mick Mulvaney, who is also the White House Chief of Staff, in implementing Trump’s order for the cutoff of security assistance to Ukraine.

Vought said this week that he and Michael Duffey, the White House Associate Director for National Security Programs, would defy a subpoena. He cited White House counsel Cipollone’s letter that the inquiry is “constitutionally illegitimate”.

Under Vought’s leadership, the OMB has refused to provide documents to the House panels.

The third official subpoenaed on Friday is T. Ulrich Brechbuhl, a counselor at the State Department. Brechbuhl is an ally of Secretary of State Mike Pompeo, who has tried to prevent Department officials from testifying.

The House committees are scheduled to meet Philip Reeker, the acting assistant secretary of European and Eurasian affairs at the State Department, on Saturday.