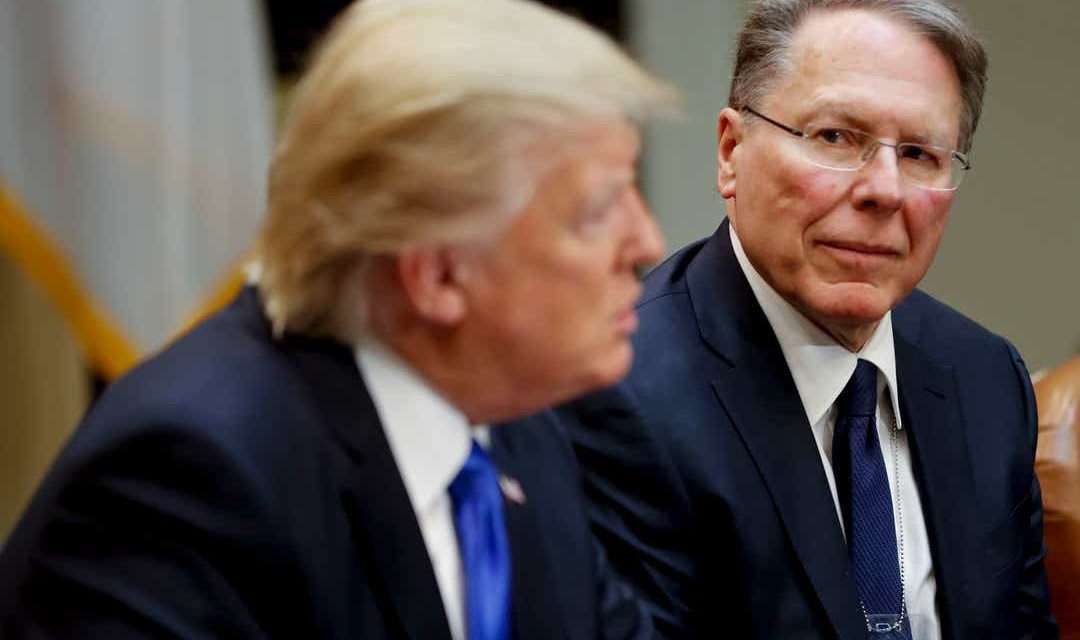 After a phone call with the National Rifle Association’s leader, Donald Trump gives up any consideration of background checks for gun ownership.

At the start of August, after mass killings in Texas and Ohio — and amid pressure because the Texas gunman’s anti-immigration “manifesto” paralleled his rhetoric — Trump tweeted that he would seek background checks alongside immigration reform.

But on Tuesday, NRA Chief Executive Officer Wayne LaPierre spoke with Trump by phone for at least 30 minutes. Afterwards, Trump put out the gun lobby’s desired message. He repeatedly pushed aside any consideration of guns with the line, “It’s a mental health problem”, insisting, “It’s the people that pull the trigger. It’s not the gun that pulls the trigger.”

We have very, very strong background checks right now, but we have sort of missing areas and areas that don’t complete the whole circle. I have to tell you that it’s a mental problem.

Trump’s deference to the NRA was reminiscent of his response after the mass killing at a high school in Parkland, Florida which killed 17 students and staff in February 2018. In the following days, he expressed support for universal background checks and raising the age to buy an assault weapon to 21, and he even appeared to consider a ban on assault weapons.

However, after LaPierre demanded and got a late-night meeting in the White House, Trump backtracked and threatened to veto any background check bill, diverting to the argument that teachers should be armed. He returned to his declaration at the 2017 NRA convention, “You came through for me, and I am going to come through for you.”

The NRA gave $30 million to Trump’s Presidential campaign in 2016.

Previewing his later comments to reporters, Trump told LaPierre on Tuesday that he wanted to focus on mental health and access to juvenile criminal records.

In a statement, LaPierre expressed his satisfaction:

I spoke to the President today. We discussed the best ways to prevent these types of tragedies. President Trump is a strong 2A [2nd Amendment] President and supports our right to keep and bear arms!

We in the @NRA fought and won! Trump to NRA: You have true friend and champion in the WH https://t.co/W8V8bFGHff

White House aides insisted Trump is still seeking Congressional action, but said that any proposal of background checks will differ from universal measures sought by legislators.

The Democratic-led House of Representatives has passed its first significant gun control measures in 25 years. The bills require background checks at gun shows and on internet sites and increase the waiting period if a potential buyer does not immediately pass a check.

But both measures have stalled in the Republican-controlled Senate. The upper chamber is also blocking red flag laws which give the police extra powers to confiscate firearms.