Iran Daily: Tehran — Give Us Money for Our Impounded Supertanker 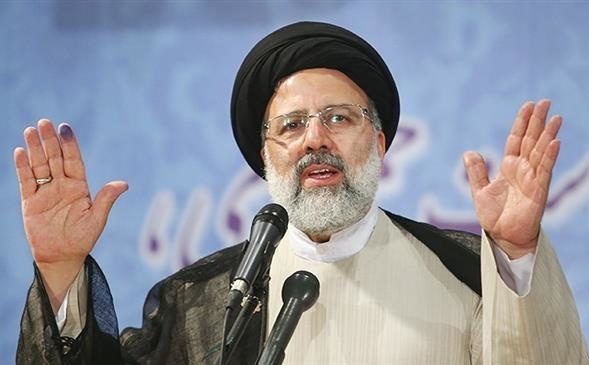 Iranian officials are demanding “compensation” for the supertanker Adrian Darya 1, released by Gibraltar on Sunday after a six-week detention for allegedly carrying oil to Syria’s Assad regime.

Judiciary head Ebrahim Raisi (pictured) said on Tuesday that the supertanker’s freedom to travel through the Mediterranean is not enough: “The amount of time that it was seized will not be compensated just by it being freed. Damages must be paid so that it becomes a lesson for all those who act contrary to international regulations.”

UK marines and Gibraltarian police boarded the supertanker, then named the Grace 1, on July 4 as it entered Gibraltar’s waters at the mouth of the Mediterranean. London said the vessel, with 2.1 million barrels of oil, was violating the European Union’s embargo on any oil deliveries supporting the Assad regime’s repression of Syrians.

Iran’s Revolutionary Guards retaliated on July 19 by seizing the UK-flagged, Swedish-owned Stena Impero in the Strait of Hormuz.

Last Friday a Gibraltar court rejected a last-ditch approach by the US Justice Department to take control of the Adrian Darya 1, now under an Iranian flag, under America’s comprehensive sanctions against Tehran.

Stymied in the attempt to hold the vessel — part of Washington’s attempt to reduce Iranian oil exports to zero, Secretary of State Mike Pompeo told reporters on Tuesday:

We have made clear that anyone who touches it, anyone who supports it, anyone who allows a ship to dock is at risk of receiving sanctions from the United States. If that ship again heads to Syria we will take every action we can consistent with those sanctions to prevent that.

The supertanker was reportedly heading for the Greek port of Kalamata, but Greece’s Merchant Marine Minister Ioannis Plakiotakis said journalists Tuesday, “There is officially no request concerning the arrival of the Iranian tanker in a Greek port.”

Some analysts expected Tehran to release the UK-flagged Stena Impero as soon as the Adrian Darya 1 left Gibraltar, but the Iranian Deputy Minister of Roads said a court in southern Iran will hear a case about “maritime violations” by the tanker in the Strait of Hormuz.

Mohammad Rastad said the court, in the southern port city of Bandar Abbas, will soon issue its ruling. He denied any link with the status of Iran’s supertanker.

When the Revolutionary Guards seized the Stena Impero, Iranian officials insisted — despite the Supreme Leader’s promise of retaliation over the UK’s impoundment of the Adrian Darya 1 — that it was because the Swedish-owned tanker had run into a fishing boat and did not heed warnings to halt.