Syria Daily: A Massacre of the Innocents in Idlib 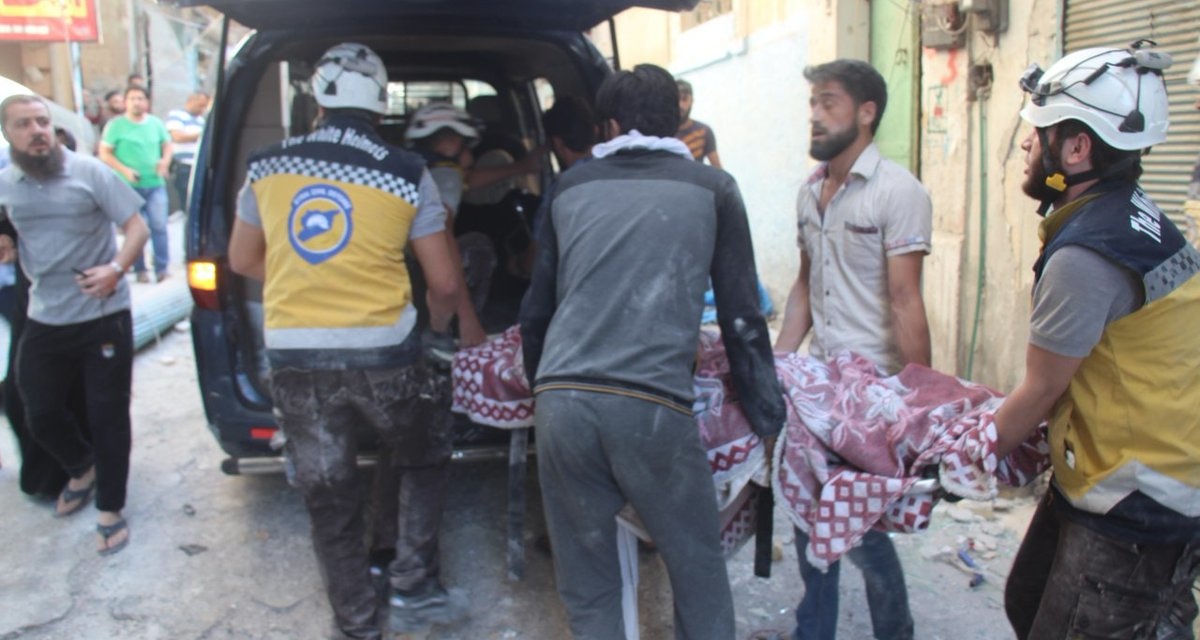 Rescuers with a victim of pro-Assad attacks on Ariha, Idlib Province, August 16, 2019

Some of the latest displaced in northwest Syria, adding to more than 400,000 who have fled homes since late April.

#Syria: this is the highway heading to Bab Hawa, on Turkish border, as scores of civilians are fleeing #Russia|n-backed Offensive on N. #Hama & S. #Idlib CS. pic.twitter.com/i44hXCNKEW

Russian and regime bombing continues this morning, with at least three civilians killed and more under rubble in Deir al-Sharqi in southern Idlib Province.

Attacks are also reported, with civilians killed, on Ma’arat al-Nu’man.

HORROR STORY CONTINUES
At least three people have been killed and one family still under the rubble due to airstrikes in Deir Al-Sharqi village of Idlib countryside pic.twitter.com/HDZBrYChga

ORIGINAL ENTRY: Russia and the Assad regime have carried out another gruesome mass killing of civilians, including infants and children, in Idlib Province in northwest Syria.

Dozens of people were slain across Idlib and northern Hama Provinces by Russian-regime bombing and shelling of cities and towns such as Hass, Ariha, and Saraqeb.

In Hass, an assault on displaced Syrians killed at least 14 and wounded more than 30. A graphic video recorded the slaying of children and even a fetus still connected to its mother.

Another video showing the destruction:

In Ariha, a baby girl was killed and wounded.

“All Will Go to Hell”

Since the launch of an offensive in late April, Russian-regime bombing and shelling has killed more than 750 civilians, wounded thousands, and displaced more than 400,000. Almost 40 medical facilities and scores of bakeries, markets, and other civilian sites have been targeted.

The area hosts about 3 million people — 20% of Syria’s remaining population.

After stalling for more than two months, the offensive has advanced in northwest Hama and southern Idlib in the past two weeks, closing on the “ghost town” of Khan Sheikhoun on the M5 highway between Aleppo and Homs.

Residents and humanitarian workers spoke to EA on Friday about being close to the frontline of the advancing Russian-regime forces and under constant threat from warplanes.

An aid worker summarized, “All will go to hell. They will destroy everything and people are frantic.”

A resident, close to tears, said, “We don’t know where to go.”

The aid worker concluded, “The Turkish border is our only option.”

This is much worse than chemical weapons, it’s slaughter. It’s the worst that I’ve seen in eight years.

People are thinking of tearing down the border.