EA on talkRADIO: The Weekly Journey Across Trump-Land 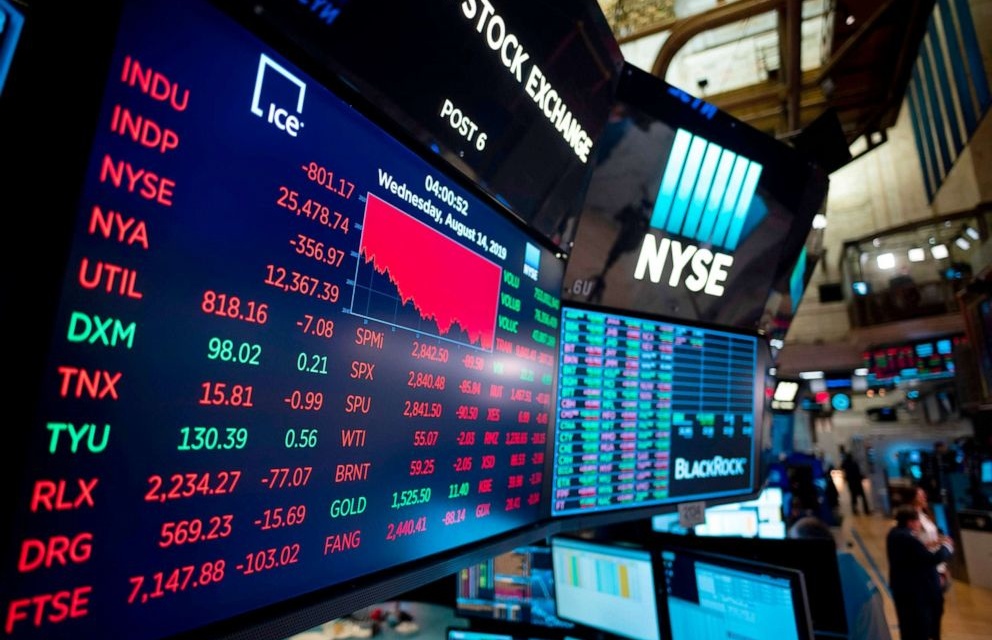 The New York Stock Exchange board on its worst day of the year, August 14, 2019 (Johannes Eisele/AFP/Getty)

In our latest 15-minute Journey Across TrumpLand, I joined talkRADIO’s Nick DeBois on Saturday for a fast-paced survey of the domestic rumbles of trouble for Donald Trump.

We cover the ground of the map for the 2020 election; an economic downturn and Trump’s trade war with China; and the distraction of Trump wanting to buy Greenland.

There’s also a glance at US leverage against the UK Government by “blowing smoke” about a trade deal, and a summary of Trump’s ongoing legal problems despite the receding possibility of impeachment.

If Trump was running an effective campaign, he would keep the American economy ticking over by going for as much free and open trade as possible.

When you opt for trade wars, in the short term you have a short-term cost for your economy. It makes imports more expensive for your manufacturers and consumers. Your exports are hindered, which hurts your farmers.