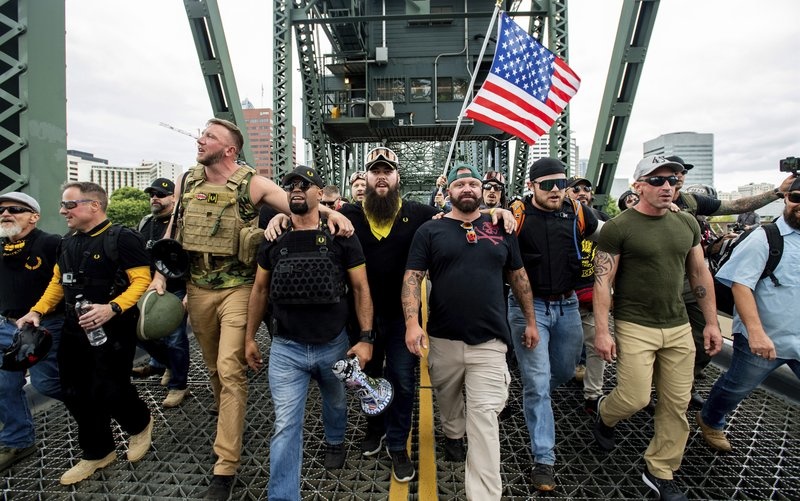 I joined CNN International’s George Howell on Sunday to discuss Donald Trump’s re-election effort — from workers told they’ll be paid if they show up at his rallies, to Trump’s support of far-right marches to provoke confrontation with counter-protests.

Here’s the playbook, and this will continue all the way through the 2020 election.

A far right group says it will march through a city like Portland, Oregon. Donald Trump goes on Twitter, not to say to the far right, “Don’t march, don’t stir up trouble”, but to say, “I’m going to call Antifa ‘terrorists’.”

The far right group marches, Antifa responds to the red flag. There are skirmishes, there are a few people arrested. The majority of those protesting the right-wing march are peaceful, but of course the headlines on right-wing attack sites is “Antifa is terrorizing people”.

Thus feeding back into Trump’s narrative that not only Antifa but all his political opponents are extremists.