EA on BBC: A “Wizard of Oz” US-UK Trade Deal 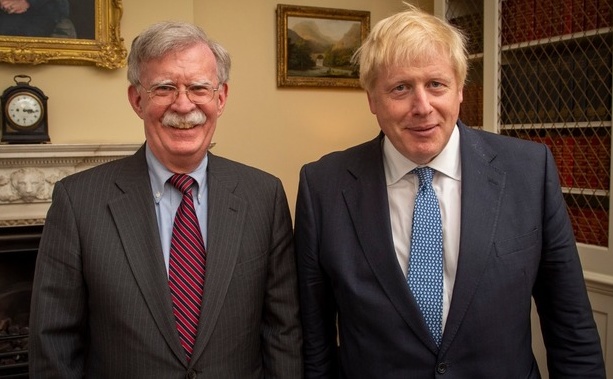 UK newspapers were filled on Tuesday with the declaration of US National Security Advisor John Bolton that Britain is “at the front of the queue” for a trade deal after No Deal Brexit, and that initial sector-by-sector agreements can be reached quickly.

So what’s going on given that: 1) Bolton has no trade portfolio; 2) any trade deal is expected to take years to negotiate; and 3) talks cannot begin until after a UK crash-out from the European Union?

EA’s David Dunn and I explain to BBC outlets how the Trump Administration are using the “Wizard of Oz” deal: 1) to undermine the European Union; 2) to get London’s support for hard US foreign policy lines against countries such as Iran and China.

Listen to Scott Lucas with BBC Ulster from 1:13.09

Bolton and Trump’s inner circle want a No Deal Brexit, and have worked with Boris Johnson for almost a year to get him into Number 10 [as Prime Minister], because they want to weaken the European Union. They see the EU as a rival, not an ally.

Listen to David Dunn on BBC Scotland from 12:09

The Americans will extract a cost for any deal that they do with the UK. The first price is that they will demand a fealty in foreign policy. If the Americans give us what they regard as a preferential deal, they will expect the UK to fall into line on leaving the Iran nuclear deal, on boycotting Chinese technology in the form of Huawei, and a variety of other matters.