How UK Muslims Are Taking Hold of the Online Revolution 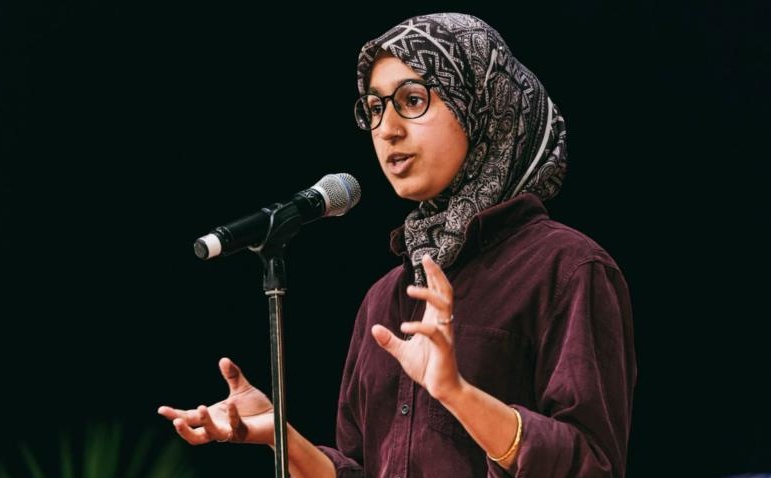 Follow Me, Akhi explores how young Muslims in Britain are using the internet to determine their religious identity, both within their communities and as part of the country in which they live. Kesvani shows that the days are gone when Muslim representation came from mosques and old uncles. The Internet is a forum for many different and new voices, as people tell their stories with posts and hashtags and share ideas, opinions, and viewpoints with others.

Kesvani explores the world of Muslim dating apps, social media influencers, online preachers, the rise of YouTube channels, LGBTQ groups, ex-Muslim groups and black muslim forums which have grown out of the traditional ways of representation. The outcome in Follow me Akhi is the new generation of Muslims who define their religion on their terms, which could change the status of “British Islam” forever.

Follow Me Akhi does not take the well-worn, misleading path of radical imams who spread their hate on social media and young, vulnerable Muslim teenagers who are radicalized by consuming this unregulated output. Kesvani shows how this radical space has been reclaimed by individuals and organizations with a different ideology. He speaks with some who use the online forum to radicalize, but there are those like Mufti Abu Layth, Mufti Menk, and Khalid Yasin who provide an encompassing and compassionate voice to large social media communities.

Beyond belief and ideology, Kesvani enters the world of halal dating, marriage, and the Muslim version of Tinder, presenting young British Muslims who use Internet to find their life partners outside the traditional introduction to a possible spouse via a a family friend. He expertly addresses the thorny issue of porn addiction amongst some young Muslim men, a topic which is often ignored or not understood due to the taboos of discussing sex and sexuality. The story of Ibrahim “Ibby” Mahmoud illustrates how the same online space that hosted his addiction to pornography now provides guidance and counselling through meetings with others along with theological discussions on a once-forbidden subject. If, as one Canadian told Kesvani, “mention of sex in the mosque often associated with sin”, the Internet has offered a space to many young Muslims to help them find peace within themselves.

Many British Muslims who have a presence on social media and a public profile face hate online. Kesvani encountered gamers who were forced to create a Muslim gamers forum for a safe space to play online without ridicule and insult from far-right players. The author is not immune: in 2017, Kesvani started receiving messages from a Twitter user, True Brit, calling Islam “Satanic”, “barbaric”, and “evil”. With a profile image of St George’s Cross and the biography, “Anti-Islam, stop Islamic immigration now”, True Brit spammed Kesvani with pictures from anti-Muslim websites, blogs, and Facebook groups. There were cartoons depicting the Prophet Muhammad as a sexual deviant, memes of groups of south Asian men arrested for sexual grooming of children, or Syrian refugees who were supposedly secret members of the Islamic State. One meme showed a man with a long beard, in battle camouflage, brandishing a pistol in one hand and holding the hand of a woman wearing niqab. In bold white writing below the image were the words “EUROPE IN 2020”.

Kesvani confronted True Brit and somehow arranged to meet him. The door of a house, a few miles from Birmimgham city center, opened. The middle-aged man, with thinning hair and wearing a pair of three-quarter-length khaki shorts and a plain blue T-shirt, went by the name of Phil. He lives on his own and was recently divorced.

Kesvani summarises how “Phil” began moving away from mainstream media sources and “the biased BBC” towards conspiratorial blogs claiming the British population and politicians are being controlled by a secret cabal of “Illuminati”. From there, it was into the Islamophobic sites.

Kesvani also introduces the reader to social media influencers who are often not noted in stories of Muslims in the media. Insta-poets like the Somali-born Abdi and Farah Gordon use the platforms to recite verse on women’s rights and FGM which become viral performances on Youtube. The London-based Suhaiymah Manzoor-Khan went viral when her “This is Not a Humanising Poem” captured frustration about the mainstream media’s portrayal of British Muslim identity.

Through these account, Kesvani shows how the new generation of YouTube and Instagram influencers help some British Muslim millennials draw closer to their religion. This is a safe haven for Muslim women to discuss their faith and feminism in what are often perceived as male-dominated forums.

There are incidents where Kesvani explains how social media is used for Muslim in-fighting. Yet he balances these to demonstrate that, despite the actions of a few misguided people, British Muslims largely use the internet to create a safer world for themselves.

Follow Me, Akhi, with its vivid writing based on extensive research, offers us an online world of British Muslims as they are offline — diverse, talented, united, and sometimes fraught. With digital platforms often accused of normalizing extreme views, pushing hate, and radicalizing views towards women and minority groups, Follow Me, Akhi is a study of how religion, faith, and identity can thrive safely and openly.