EA on BBC and RTE: “Send Them Back” — Trump and the El Paso Mass Killing 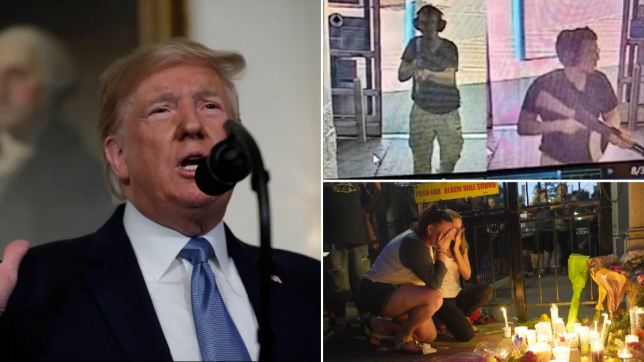 I spoke with BBC Radio Foyle on Thursday morning about how Donald Trump’s photo-opportunity visits to El Paso and Dayton turned into a story of the demonstrations in grieving communities — and of Trump’s continued insults of local leaders, Democrats, and the media.

There’s also a discussion of why the link between Trump’s anti-immigrant language and that of the El Paso suspect, Patrick Crusius, is not paralleled by the suspected Dayton attacker Conor Betts when he calls himself a “Satanist” and “socialist”.

But that’s not Trump’s motive.

ORIGINAL ENTRY: AUGUST 5: David Dunn and I spoke with a series of BBC outlets and Ireland’s RTE on Monday about the El Paso and Dayton mass killings, and how Donald Trump’s anti-immigrant language may have empowered the attacker, white supremacist Patrick Crusius, in Texas.

Listen to Scott Lucas on BBC World Service from 31:47

When you use that language of hate, that does have a poisonous effect.

“There’s a clear linkage to the language of Donald Trump here. It’s not a coincidence.”

Listen to Scott Lucas with BBC Foyle from 7:33

The interview also discusses why many Americans cling to objections to gun control, as well as the power of money and the National Rifle Association.

How much damage do you take? How many thousands, tens of thousands die because people can “bear arms” and tote semi-automatic weapons? And what happens in the 21st century when you have a politician who says immigrants are invading America or people of color live in rat-infested cities and someone picks up that language?