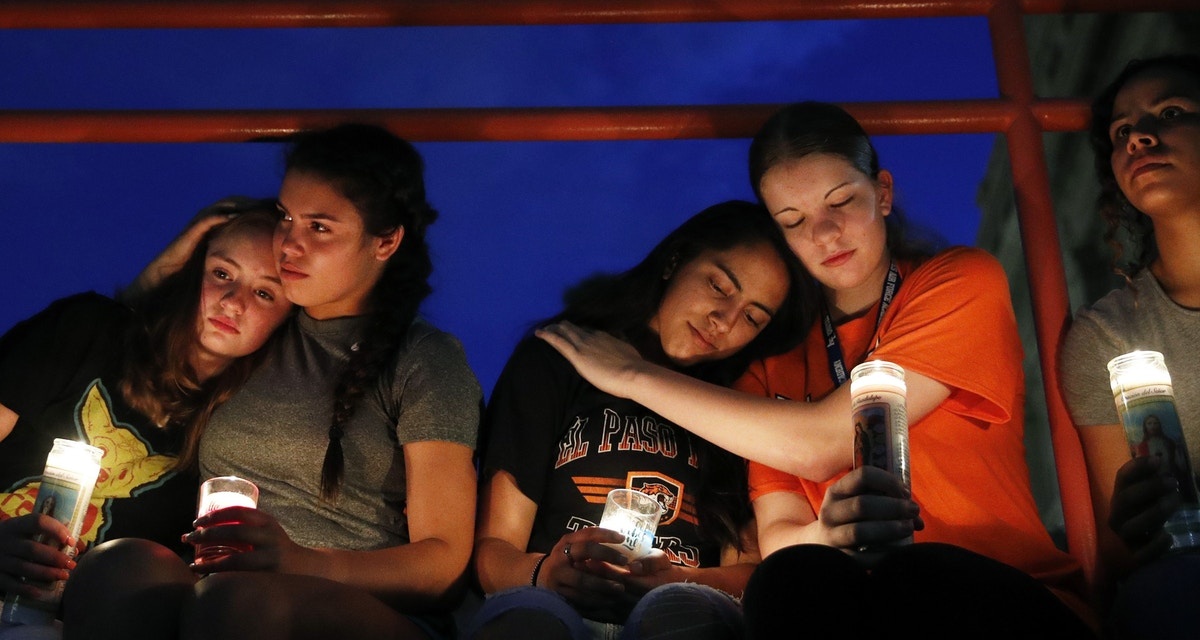 Women at a vigil for the victims of the El Paso mass shooting, August 3, 2019 (John Locher/AP)

I joined CNN International’s George Howell on Monday morning to discuss the latest mass killings in the US, and their connection with the rhetoric of Donald Trump.

Hate has no place in our country, but the man in the White House has used language which is hateful.

Just as a Martin Luther King can inspire us, just as a Franklin Delano Roosevelt can hold us together in times of crisis, so a man who is President can fuel anger, frustration, and, yes, violence.

See EA on BBC and RTE: “Send Them Back” — Trump and the El Paso Mass Killing