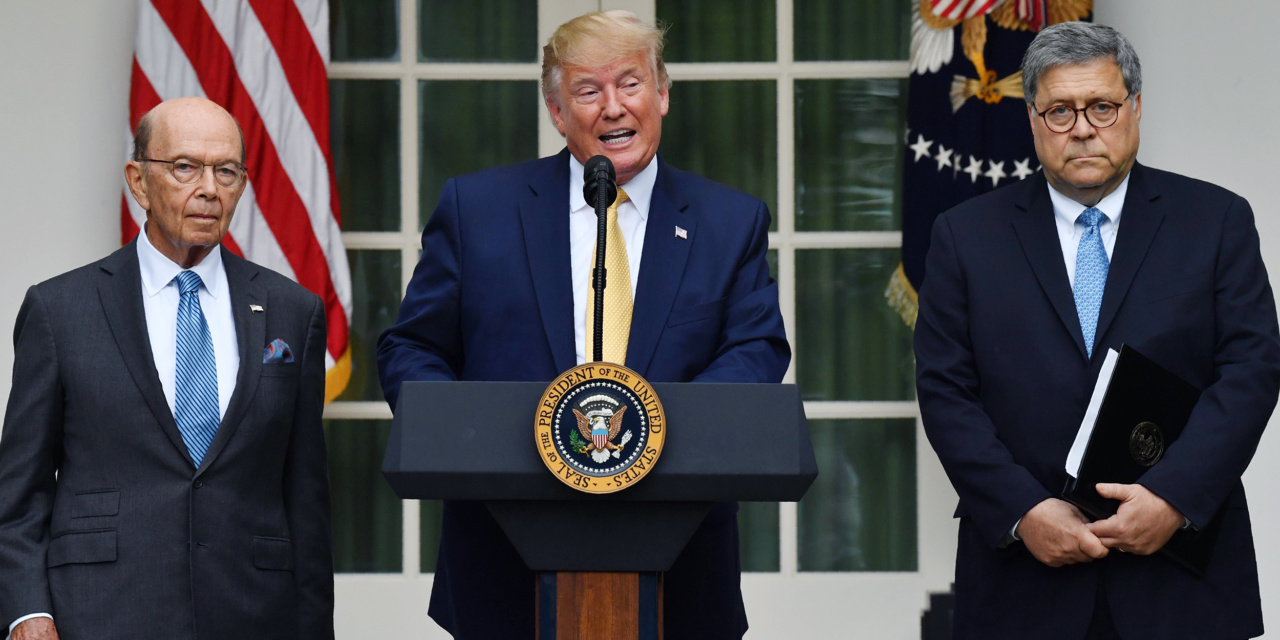 Donald Trump gives up his attempt to include a question on citizenship on the 2020 census.

For more than a year, the Administration had tried to insert the citizenship query. Critics said it was an attempt to tilt Congressional districts towards Republicans, with many immigrants — who tend to live in areas that favor Democratic candidates — excluded from the count of the population.

Courts supported the complaint, ruling that the Justice and Commerce Departments had not provided a justification for the question. The legal case had taken the Administration beyond the June 30 deadline to print the census forms.

Last week, after the Supreme Court ruled that the Administration’s rationale for the question was “contrived”, the Justice Department called a halt to proceedings. But Trump intervened on Twitter to demand that Administration lawyers persist, and said he was considering an executive order to bypass the judicial system.

Trump’s command was checked when the lawyers refused to continue, and a court refused the Justice Department’s attempt to name a new set of attorneys.

Trump avoided any concession in a news conference on Thursday, “We are not backing down on our effort to determine the citizenship status of the United States population.”

He said that he would issue an executive order instructing federal agencies to provide the Census Bureau with citizenship data. However, that command only repackages Commerce Department plans announced last year.

So Trump tried to gain political advantage by railing against his supposed “left-wing” enemies for “trying to erase the very existence of a very important word and a very important thing, citizenship”: “The only people who are not proud to be citizens are the ones who are fighting us all the way about the word citizen.”

But in doing so, Trump effectively betrayed his intent to redraw the electoral map to shut out the counting of non-citizens — reinforcing the court ruling that blocked implementation of his plan.

“This information is also relevant to administering our elections,” Trump said. “Some states may want to draw state and local legislative districts, based upon the voter eligible population.”

Government analysts estimated that the citizenship question would lead to an undercount of about 6.5 million people, reducing Democratic representation when congressional districts are allocated in 2021. The outcome would also affect how hundreds of billions of dollars in federal spending are distributed.

Trump may struggle with his alternative of an executive order, which changes the current practice of a one-way flow of information into the Census Bureau, rather than sharing among Government agencies.

Barbara Anderson, a past chairwoman of the Census Bureau’s Scientific Advisory Committee, said:

It’s all extremely protected by privacy laws. Even if the Census Bureau put together administrative records on citizens and non-citizens on an individual basis, for that to be given to anybody would require a major new law.