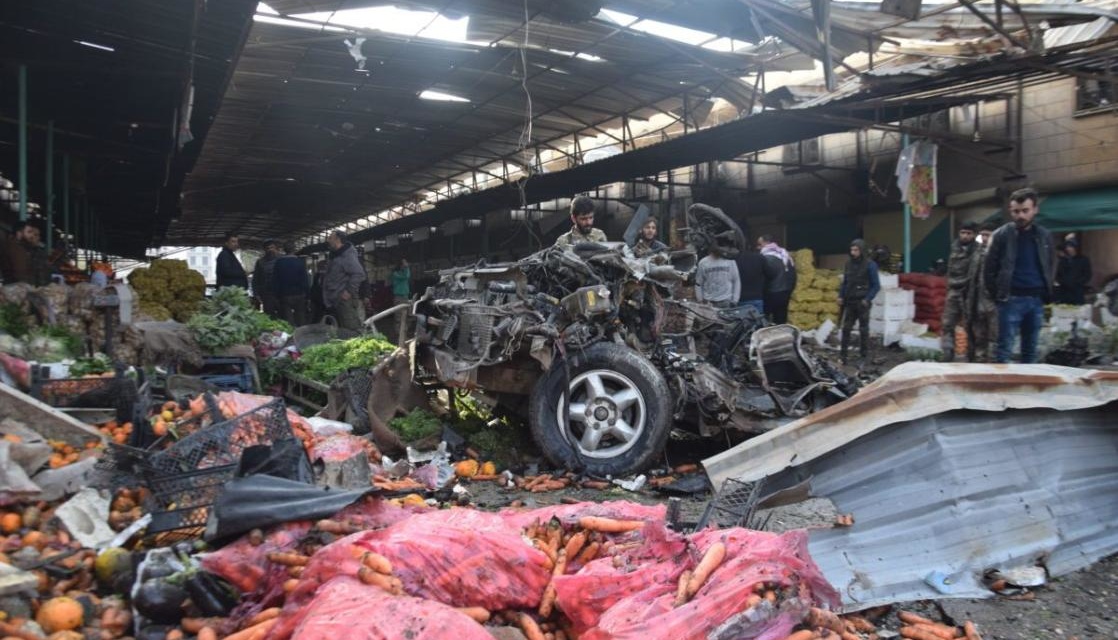 Regime bombing across Idlib and northern Hama Provinces has killed at least nine civilians, including children, and wounded dozens.

Three civilians were killed, two of them children, were killed and seven, including three children, injured by airstrikes on the town of Ma’arat al-Num’an.

Three were killed and 22 wounded, with victims still under rubble, in Ariha. A woman was killed by barrel bombing of Kafrzita in northern Hama.

Aftermath of attack on #Idlib city. People are stuck under the rubble. At least 2 killed & 10 injured. @SyriaCivilDef working 2 get them out. The city is packed with 2 million civilians. This attack happened near a main square in the city center filled with women and children pic.twitter.com/CzlbbjHpx5

Local activists say the raids on several town and city centers have been coordinated for maximum damage and psychological impact. Friday prayers have been cancelled.

Video shows where the bombing of Syrian warplanes the of Idlib city with rockets #Syria #idlib #EyesOnIdlib #Rise4Idlib pic.twitter.com/uROVsR5rYo

This morning in Idlib.
Aircraft in the sky. Kids cry. Four people were killed. The aircraft bombed of Ariha and Maara al-Numan and Idlib city.
The video in Maara al-Numan pic.twitter.com/pNwe03tBl3

ORIGINAL ENTRY: At least 11 people have been killed and 45 wounded by a car bomb in Afrin in northwest Syria.

The explosives, placed in a tanker, were detonated at an entrance to the city. No one has yet claimed responsibility.

Afrin and almost all of the Kurdish canton of the same name were captured by Turkish forces and rebels in March 2018.

In December, another bombing killed eight people in Afrin. Last month a car bomb in Azaz, outside the former Kurdish canton and near the Turkish border, killed at least 10 people in a busy marketplace after the breaking of the Ramadan fast.

Later in the afternoon, a car bomb exploded in Qamishli in Kurdish-controlled northeast Syria, injuring 11 people.

The Islamic State claimed responsibility for the blast in front of a church.

ISIS was driven from its last village in northeast Syria in March by the US-backed, Kurdish-led Syrian Democratic Forces.