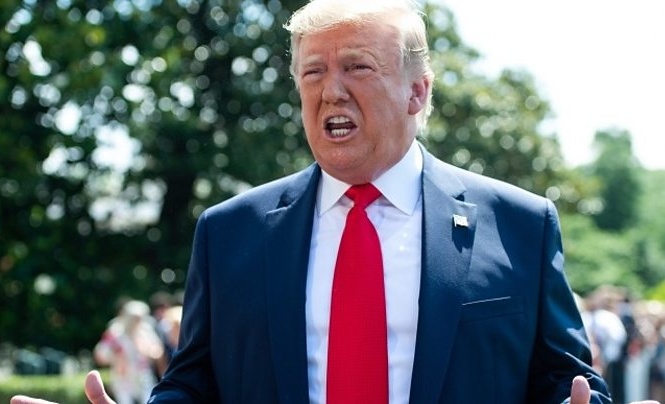 Defying a Supreme Court ruling, Donald Trump orders the Justice and Commerce Departments to persist with the inclusion of a citizenship question on the 2020 census.

Government lawyers confirmed in a Friday filing that the departments — who earlier in the week had given up the initiative after the court judgement — have been “instructed to examine whether there is a path forward”. Trump said he is considering an executive order to bypass the judicial system.

The Supreme Court ruled two weeks ago that the Administration’s rationale for the question was “contrived” and that it cannot proceed without a solid justification. The judges said the Administration’s claim that it is enforcing the Voting Rights Act is a pretext for its real motives.

Critics say the initiative, launched by the White House in February 2018, seeks to exclude immigrants from the census. That would depress the population in districts more likely to vote Democratic, thus reducing the number of House representatives coming from those areas and increasing those in districts that tend to choose Republicans.

Earlier this week a judge reiterated that the census cannot be printed without a clear response meeting the criteria of the ruling. The Administration had said that forms must be finalized by June 30, but it is now asserting that with “extraordinary effort” — including the printing of forms in anticipation of a favorable court ruling, it can wait up to October.

US District Judge George Hazel said gathering of information in the case must conclude by August 19, with any witnesses to testify in early September.

Trump and his acting Citizenship and Immigration Services director, Ken Cuccinelli, complicated their task on Friday with statements that undercut the Administration’s rationale of the Voting Rights Act.

Trump told reporters that there were “many reasons” and unwittingly bolstered the criticism that the Administration is trying to tilt districts towards Republicans.

On Fox TV, Cuccinelli indicated that the Administration’s anti-immigrant drive was at the heart of the citizenship question: “Frankly, as part of the ongoing debate over how we deal financially and legally with the burden of those who are not here legally. That is a relevant issue.”

As late as Tuesday evening, Commerce Secretary Wilbur Ross — who had pressed officials to include the citizenship question — said the effort was being dropped after the Supreme Court ruling.

But Trump, after speaking with conservative allies, used Twitter to order a reversal:

The News Reports about the Department of Commerce dropping its quest to put the Citizenship Question on the Census is incorrect or, to state it differently, FAKE! We are absolutely moving forward, as we must, because of the importance of the answer to this question.

Trump told reporters Friday that the White House was surprised by the “very shocking” Supreme Court decision. He insisted that the Administration’s rationale can be expanded very simply”:

He [Ross] made a statement. He wrote something out. The judge didn’t like it. I have a lot of respect for [Chief Justice John Roberts]. But he didn’t like it, but he did say come back. Essentially, he said come back.

Roberts scolded Ross and the Administration in the ruling: “Accepting contrived reasons would defeat the purpose of the enterprise. If judicial review is to be more than an empty ritual, it must demand something better than the explanation offered for the action taken in this case.”