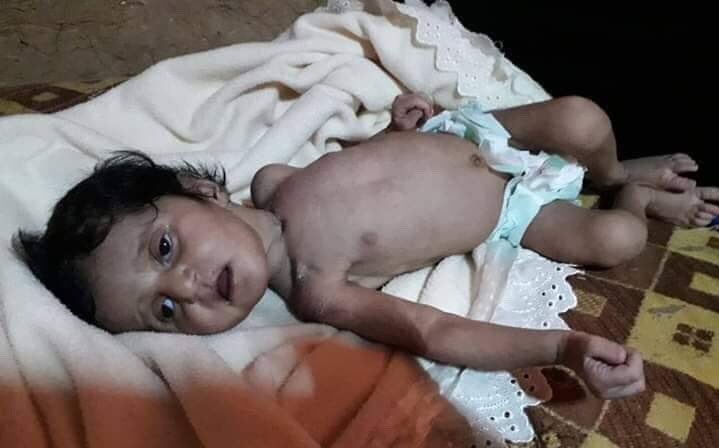 An undernourished infant in the Rukban camp in southeast Syria

Facing exhaustion of food and medical supplies, another 1,500 displaced Syrians have been transported out of the Rukban camp in the southeast of the country.

Officially the UN children’s agency UNICEF said 500 people, including 88 families, had been taken by buses on Tuesday from the barren area near the Jordanian border, but local sources said the number was three times higher. Most of the departing were women, children, and the elderly.

More than 50,000 people once lived in makeshift camps in Rukban, having fled home areas since 2015 because of Islamic State attacks. The UN said last week that the number is now about 16,000.

The majority of displaced wanted to go home at some point, but were wary of a return because of fears of regime detentions, intimidation, and forced conscriptions and uncertainty over status of property.

However, many residents were pushed to the point of starvation or death from poor conditions because of a regime siege since last autumn. The main route into the camp was cut off, preventing Bedouin traders from bringing in food and essential goods. The regime allowed only two aid convoys since January 2018.

Russia supported the siege with propaganda, declaring “humanitarian corridors” to cover up the fears of residents and putting out propaganda blaming “militants” and the US.

Rukban is within a 55-km (34-mile) security zone around the American at Tanf on the Iraqi border. The camp’s plight was compounded by Jordan’s cut-off of the border in 2016 after an Islamic State suicide attack.

Residents and activists reported this spring that bread and flour was almost exhausted, forcing a diet of lentil soup. Prices for vegetables and oil were soaring. Many women could no longer breast-feed infants, and baby formula was absent.

“We’re living here on the cusp of death — conditions in Rukban are worse than zero,” the head of one family.

The camp has only rudimentary clinics, with no doctors and a lack of essential medical supplies. Emergency cases are supposed to be evacuated to Jordan, but the process has been difficult. Last month, a woman and her newborn son died when they could not be moved and there was no response to calls for an ambulance.

See also Syria Daily, June 25: “The Cusp of Death” — No Bread or Flour in Besieged Rukban Camp
Another Woman and Her Newborn Son Die in Syria’s Rukban Camp

A local source said, if smuggled baby formula could be obtained, it cost 10 euros ($11.30) per pack. He said he knew of at least 10 babies or infants who are severely malnourished.

Assad regime media avoided any mention of the severe conditions in Rukban, preferring photos which showed no distress among the departing residents. 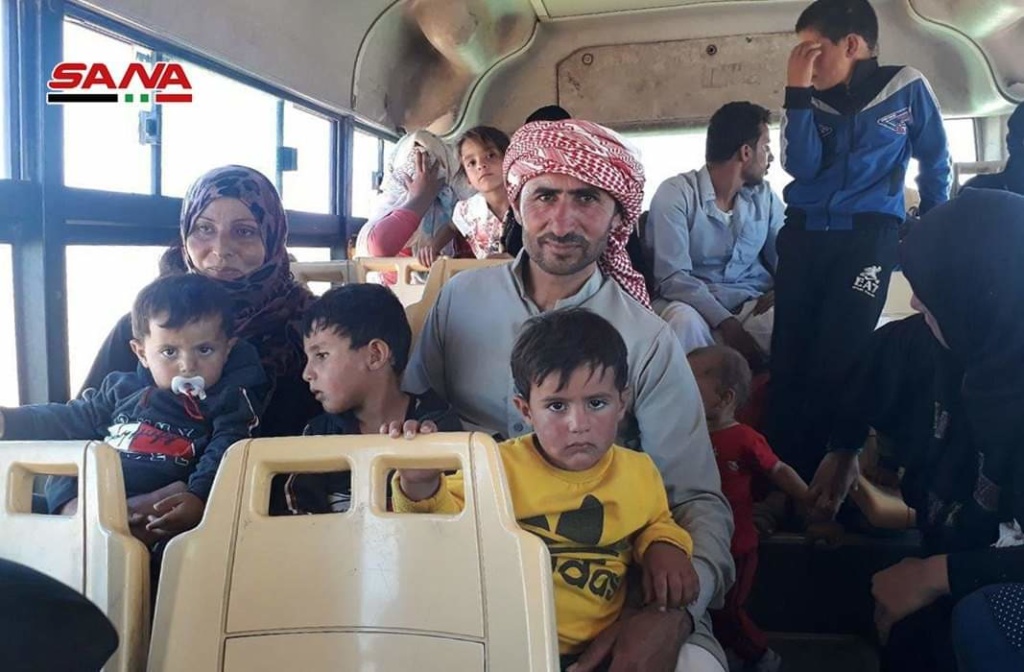