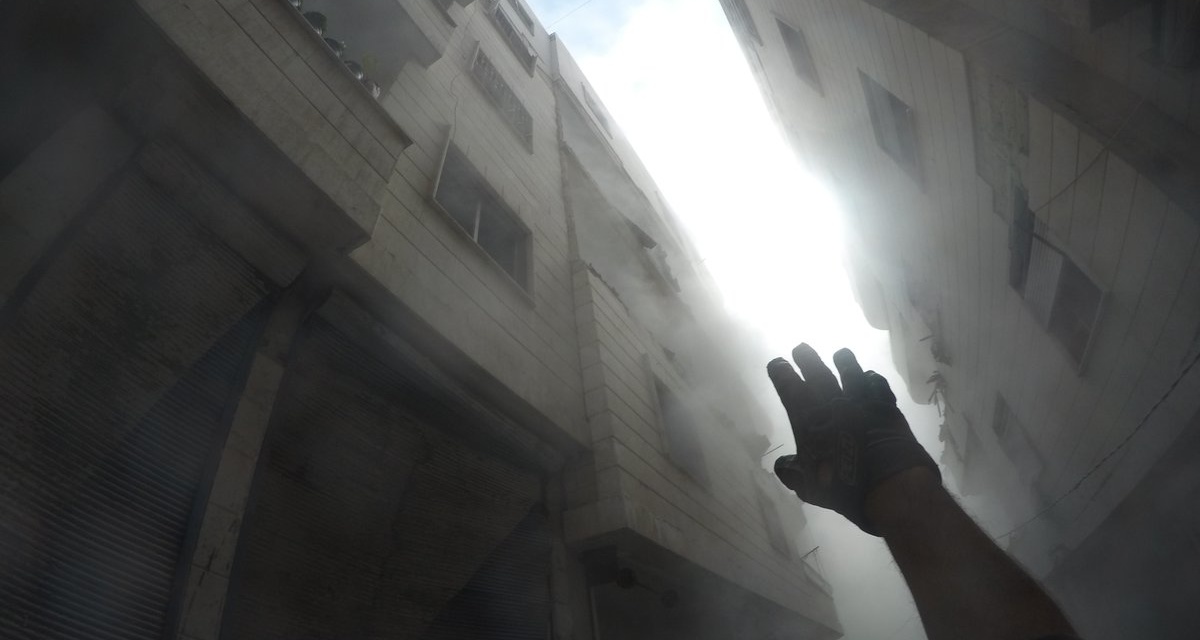 A victim reaches out for rescue after the Assad regime bombing of the Jisr al-Shughour hospital in northwest Syria, July 10, 2019

Today July 10th, 3 health facilities in NW of #Syria were hit by the Syrian regime and its allies. One of those is the national hospital of Maret Alnuman which was built 2003 and was deconflicted via @UNHumanRights since early 2018. This is attack # 34 on health since April 26th pic.twitter.com/1aiDCdur7D

Assad regime warplanes have bombed another hospital in Idlib Province in northwest Syria, the 31st medical facility to be struck since April 28.

The latest attack was on the main hospital in Jisr al-Shughour in northwest Syria, near the Turkish border. It came as people were responding to a call for blood donations.

Six civilians mostly women and children were killed, and 10 others injured, as #JisrAlShoghour City and its hospital western #Idlib were targeted with two airstrikes by the Syrian regime warplanes this morning. pic.twitter.com/9KvCG8zY6y 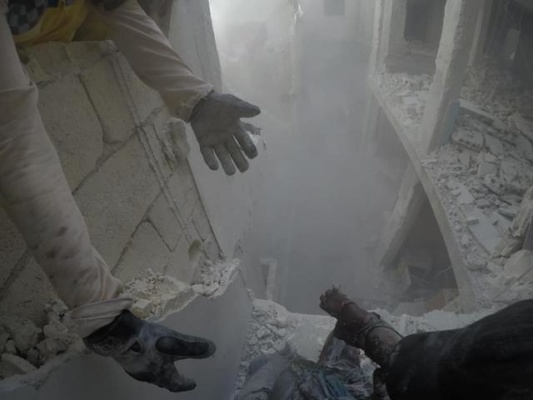 Three fleeing civilians, including a White Helmets rescuer and his child, were slain when pro-Assad strikes hit a camp for displaced persons in southern Idlib Province.

Russian warplanes carried out attacks overnight, including on the town of Kafrzita in northern Hama Province:

Russian-regime attacks have killed at least 550 civilians, including more than 130 children, in Idlib since late April. More than 2,100 people have been injured, and at least 330,000 of Idlib and northern Hama’s 3 million population — about 20% of those remaining in Syria — have been displaced.

Despite the assault on civilians, the offensive has been unable to break resistance. Enabled by Russian airstrikes and advisors on the ground, Assad forces quickly took several towns and villages in northwest Hama but was soon checked by Turkish-backed rebels and the Islamist bloc Hay’at Tahrir al-Sham. A counter-attack last month regained some of the territory.