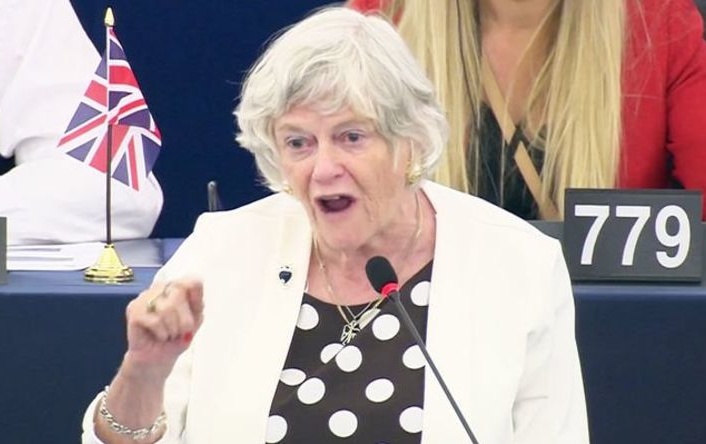 Brexit Party’s Ann Widdecombe in European Parliament: “This is shell of a spectacle, in which dialogue and cooperation are replaced by the narrow destruction of ‘Little England'”

I joined Turkey’s TRT World on Thursday afternoon to review the latest developments in the impoundment of the Iranian supertanker, including Tehran’s threatened retaliation to seize a British tanker.

It’s one thing to say this and another to do it. If the Iranians dare seize a British ship, such as a tanker, that is a severe provocation where you can expect a military response.

In our latest Week in Review, I joined talkRADIO’s Paul Ross to discuss the seizure of an Iranian oil supertanker en route to Syria; Donald Trump’s expensive, ego-fueled July 4 event; and troubles for leaders of both the Conservative and Labour parties in Brexit Britain.

First, we update and analyze Thursday’s seizure of the supertanker in Gibraltar’s waters, linking the US sanctions on Iran and European sanctions on Syria’s Assad regime.

See also EA on Monocle 24: The 4th of July and Trump’s Ego
EA on CNN: July 4 Is Not A Day for Trump and Tanks

We move to the ridiculous and even more ridiculous in the Brexit quagmire, beginning with the Brexit Party’s Ann Widdecombe saying the UK is escaping from “slavery” in the European Union and continuing with the rainbow unicorn promises of Conservative leadership candidates Boris Johnson and Jeremy Hunt to spend billions — ignoring the burden on UK Government borrowing amid any Brexit economic shock.

To ensure no one escapes, we also update on the latest travails of the leader of the opposition Labour Party, Jeremy Corbyn, and ponder when there might be an internal move to replace him.