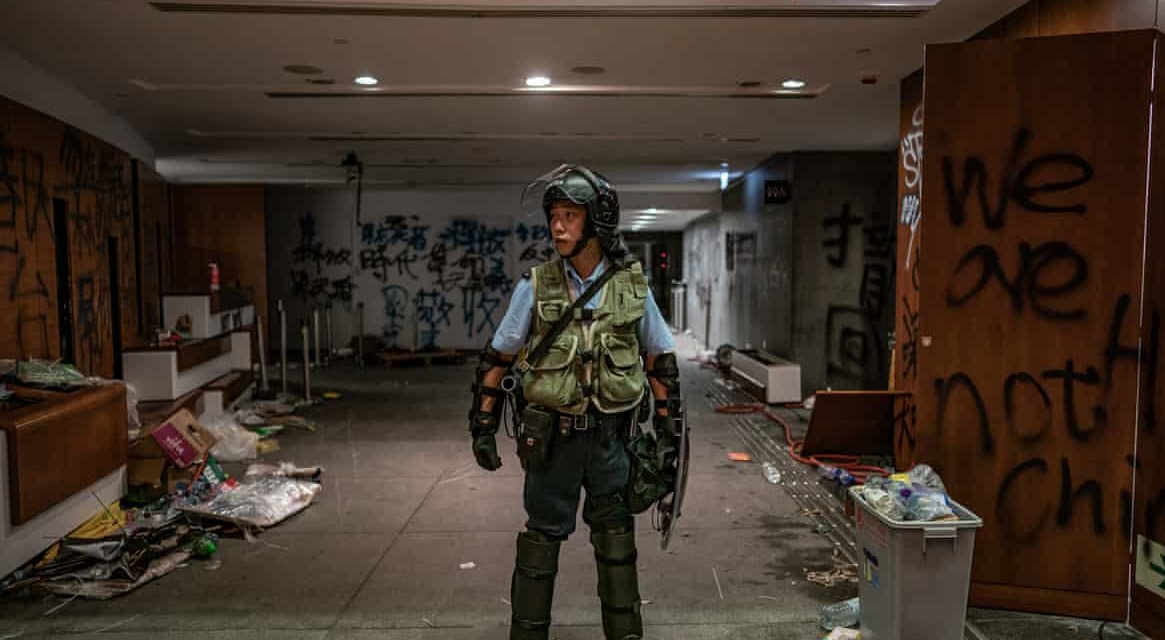 A Hong Kong policeman stands in the Parliament building after protesters went through the complex, July 1, 2019

I joined talkRADIO’s Julia Hartley-Brewer on Tuesday to discuss the latest developments in the Hong Kong protests, and the UK’s two candidates for Conservative Party leader making give-away pledges — without the money in Brexit Britain to finance them.

We begin with what happens now after some protesters went into the Hong Kong Parliament building, writing graffiti and causing damage. With Chinese State media declaring “zero tolerance”, is bloodshed on the way?

Then it’s a look at Boris Johnson and Jeremy Hunt vying to become Tory leader and Prime Minister by trying to out-match the other promising billions for transport, farmers, fishermen, and other sectors — an ironic rebirth of the “magic money tree”, the jibe of outgoing Prime Minister Theresa May against the Labour Party in 2017.