Syria Images: The Displaced March to the Border 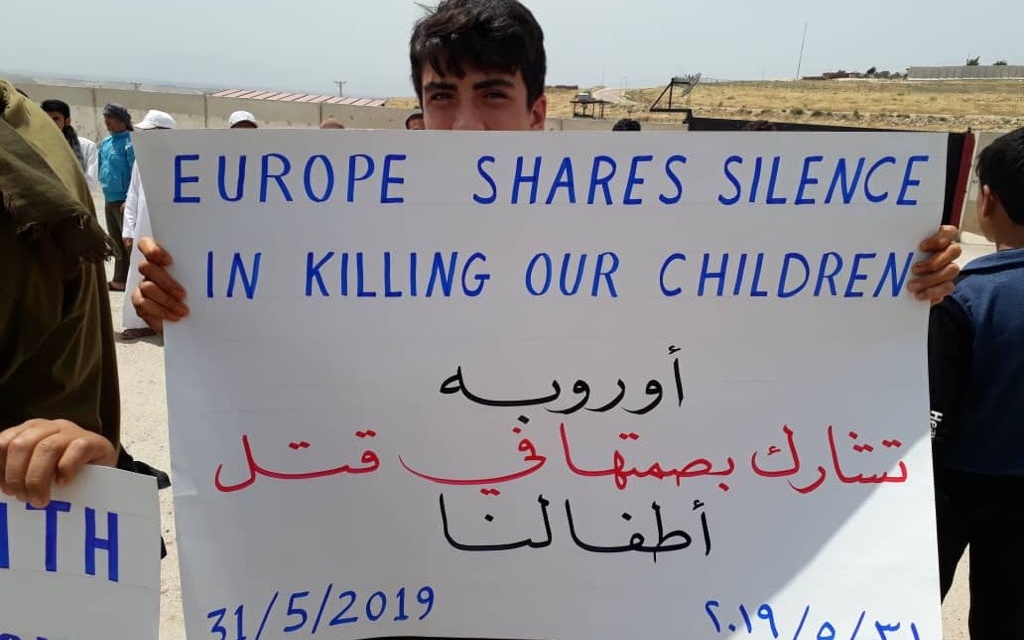 A displaced Syrian appeals for international protection against Russian-regime attacks, Idlib Province, May 31, 2019

On Friday, displaced residents of Idlib Province in northwest Syria — under a Russian-regime bombardment that has killed about 300 in the past month and displaced more than 300,000 — marched towards the Turkey border.

With more than 3.6 million refugees already in Turkey, Ankara’s authorities have blocked any further entries since 2016. But the Russian-regime bombing and shelling, accompanying a ground offensive that has shattered a demilitarized zone, is threatening a “humanitarian crisis”, in the words of the UN.

Abou al-Nour, an official at the overcrowded Atmeh camp, told Reuters that more than 20,000 families are now sleeping in an olive grove near the border.

“They don’t have any shelter or water, and this is beyond our abilities. We are doing all we can,” he explained. 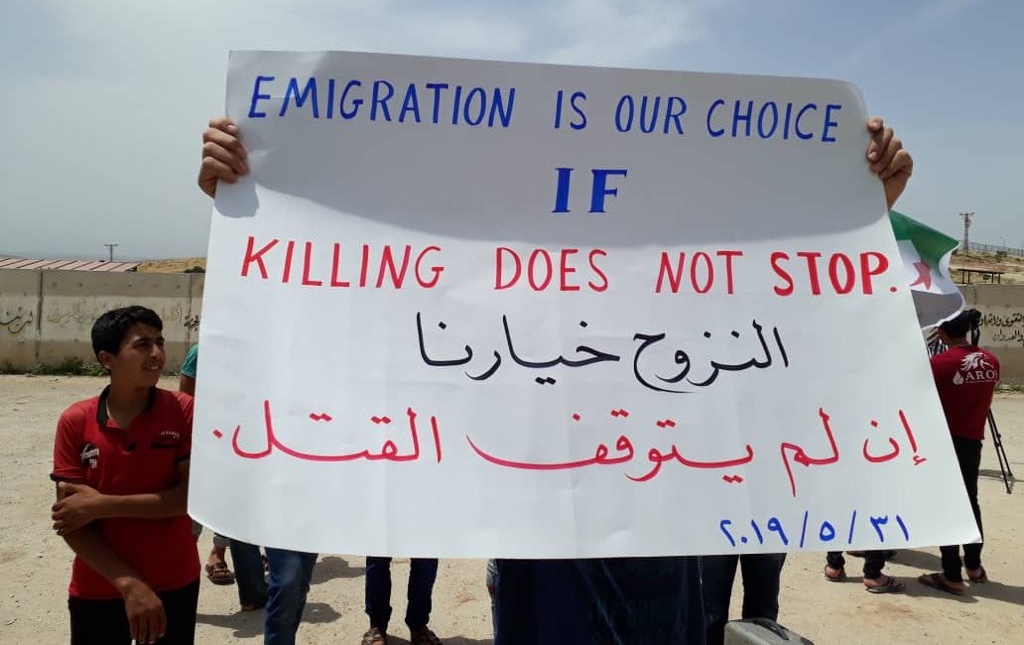 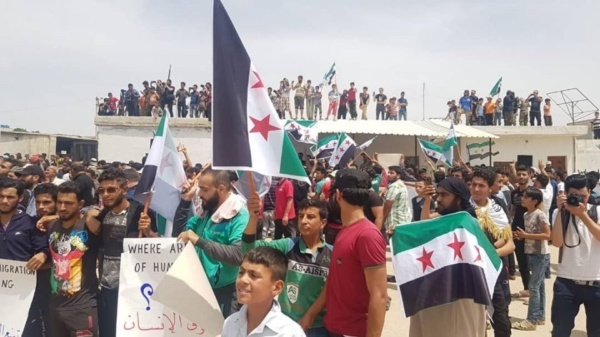 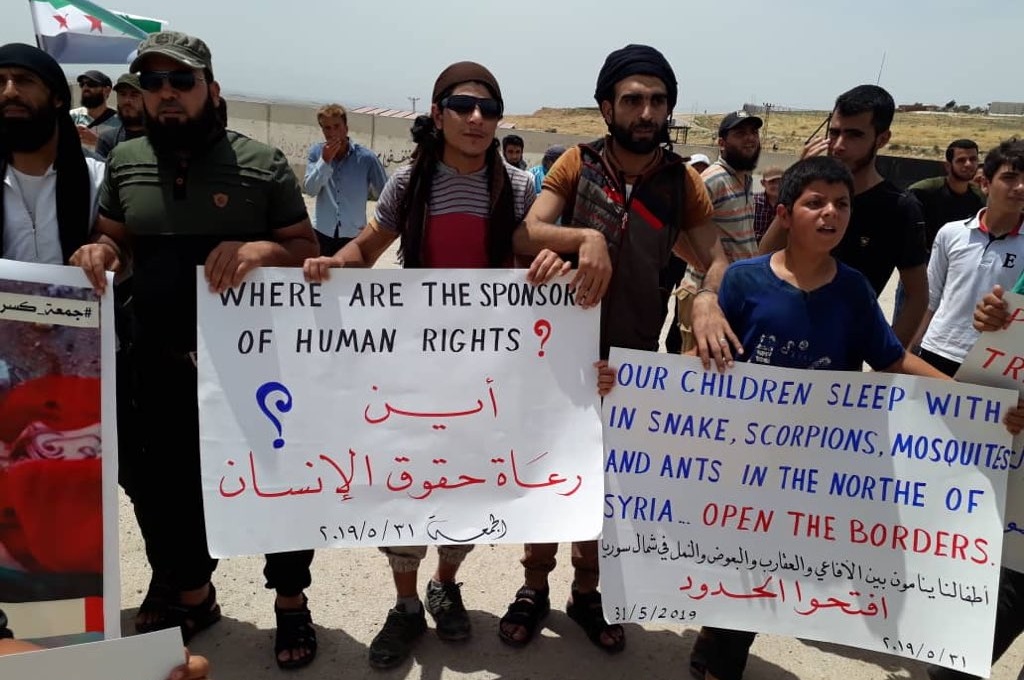 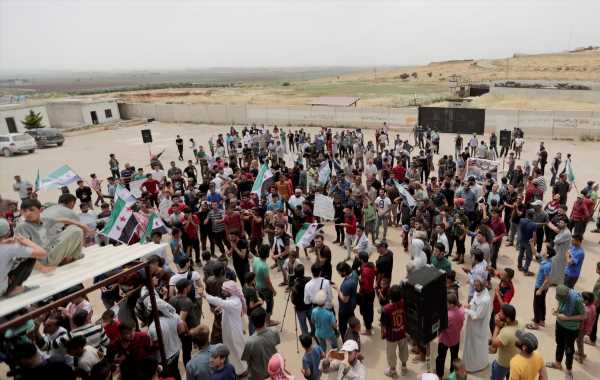 Gathering for the march near the Atmeh crossing (Khalil Ashawi/Reuters) 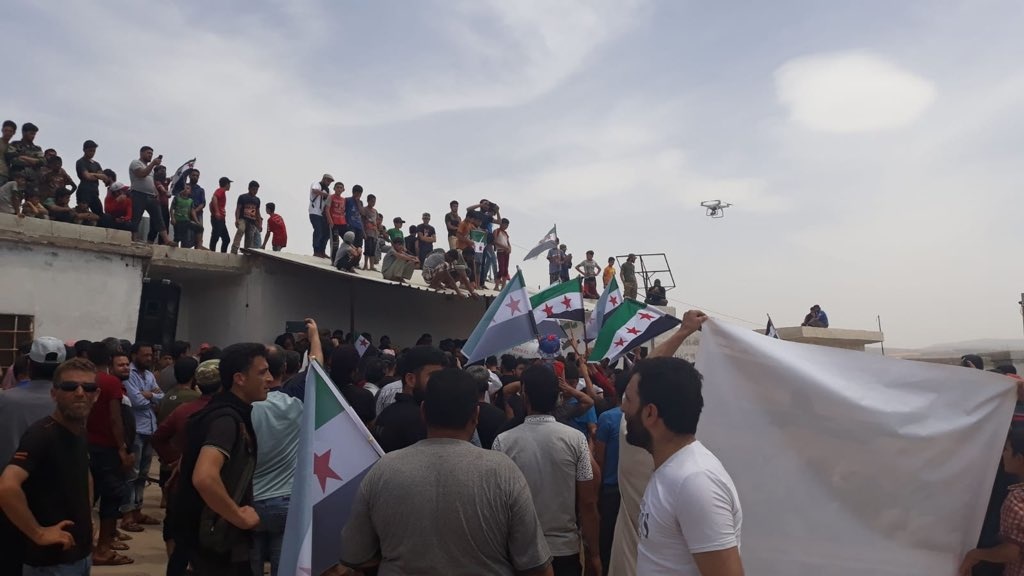