EA on BBC: Trouble Over Trump’s Visit to UK? 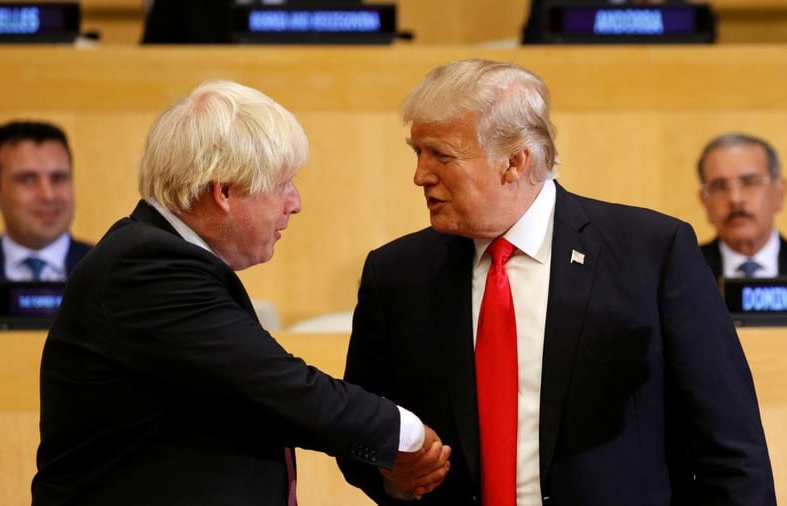 I spoke with BBC outlets on Friday about possible trouble over Donald Trump’s visit next week to the UK — not from protests, but from Trump’s interference in British politics.

We discuss the effort since summer 2018 by Trump and his advisors to promote former Foreign Secretary Boris Johnson as Prime Minister, as Theresa May resigns on Friday, and to boost long-term Nigel Farage and his new Brexit Party.

How far will Trump go in public, after heaping praise on Johnson and Farage earlier this week?

This is connections between politicians and advisors on both sides of the Atlantic who are trying to change the course of British politics….

Trump and his advisors see Boris Johnson as a hard Brexit-er or No Dealer, opening the door to US-UK trade negotiations where the US has leverage. Nigel Farage has been close to the Trump camp since 2016, and both the Leave campaign and Trump camp have mutual donors and supporting operations.

We also discuss the damaging effects of Trump’s tariffs on Mexico.

If we have close ties, it’s the military, it’s the intelligence services, it’s the diplomatic and financial communities. Donald Trump threatens all this because he can go off-script at any point.

The real US-UK relationship tries to deal with Trump.