Syria Daily: Russia Stepping Back from Offensive in Northwest? 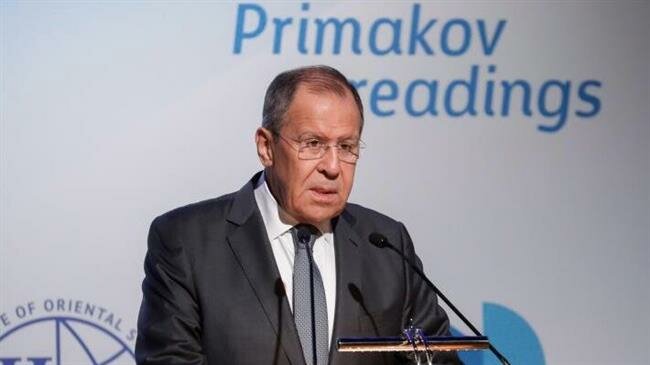 Russia has put out mixed, and even conflicting, signals about whether it will persist in an offensive to reclaim part of opposition-held northwest Syria.

A Russian-regime offensive was launched on May 6 in northwest Hama which, along with neighboring Idlib Province, is home to an estimated 3 million Syrians — about 20% of the country’s remaining population.

The Russian-regime offensive initially seized several towns in northwest Hama; however, it was soon held up by rebel counter-attacks. Last Thursday, rebels and the Islamist bloc Hay’at Tahrir al-Sham launched another assault, seizing some of the territory lost in early May.

The offensive shattered a demilitarized zone announced by Russia and Turkey last September around Idlib and northern Hama. Ankara has been cautious in public denunciation of Moscow’s operations, but reports indicate Turkey has provided weapons to the National Liberation Front to resist and then counter the attacks.

On Tuesday, Russian Foreign Minister Sergey Lavrov returned to the September agreement, saying implementation will ease the life of civilians in the northwest — after an estimated 325 have been killed and hundreds wounded by Russian-regime bombardment since April 28, including at least 27 deaths on Monday.

Speaking to Turkey’s Anadolu Agency, Lavrov did not speak of the offensive or any halt to it. Instead, he repeated that Turkey should separate “terrorists” from the armed opposition.

Our Turkish friends have taken on the task of ensuring such separation. As soon as it happens — which will mean that the conversation with the terrorists should be very short — the fate of two million civilians will be eased and they can live in peace….

Those who are displaced will be able to return to their places of permanent residence.

Lavrov said both civilians and the armed opposition are “hostages” of the hardline Islamist bloc Hay’at Tahrir al-Sham.

The solution to this issue is to fully implement the Sochi memorandum [September agreement] to unblock the deadlock in the Idlib de-escalation zone by separating the armed opposition from these bandits, from terrorist structures recognized as such by the UN Security Council.

Before and during the offensive, Russia has used the term “terrorists” to refer to HTS, but also has used it generally for rebel factions, including some of those in the Turkish-backed National Liberation Front.

But Lavrov appeared to make a clear distinction yesterday, announcing that “our Turkish friends…are actively working to fulfill their obligations under the Sochi memorandum, their commitments to separate the opposition…from the bandits”.

But Assad regime media has a far different spin on the Russian Foreign Minister’s remarks on Tuesday, “Lavrov Underlines Importance of Crushing Terrorist Organizations in Idlib”.

Using Lavrov’s appearance alongside the Foreign Minister of Grenada, State news agency SANA does not refer to any possibility of a halt of the offensive, instead packaging the remarks as “the Turkish regime should adhere to its commitments according to the Sochi agreement” and exclusive attention to “terrorist organizations”.

SANA gives priority to a statement by MP Viacheslav Nikonov, the chairman of the Duma’s Committee on Education and Science, which — in contrast to Lavrov — criticizes Ankara: “[He] confirmed on Tuesday that terrorists in Idlib will eliminated despite the procrastination of the Turkish regime and the unwillingness of the Americans to do so.”

It quotes Nikonov as eliminating the distinction between the Turkish-backed NLF and the Islamist bloc HTS: “The Ankara regime is delaying the solution of this issue based on its own interests where it has been backing many of those armed groups in Idlib which Russia considers them purely terrorist groups.”

Russian State English-language media does not refer to either Lavrov or Nikonov this morning.

But the pro-Assad blog Al Masdar, claiming a regime “military source”, asserted that talks have begun between Russia and Turkey for a ceasefire in the northwest.

The regime also continued strikes on crops, hoping to choke off food supplies to the 3 million people in Idlib and northern Hama.

More than 300,000 people have been displaced amid the pro-Assad attacks continuing to break the demilitarized zone. Almost 30 medical facilities have been struck since April 28.