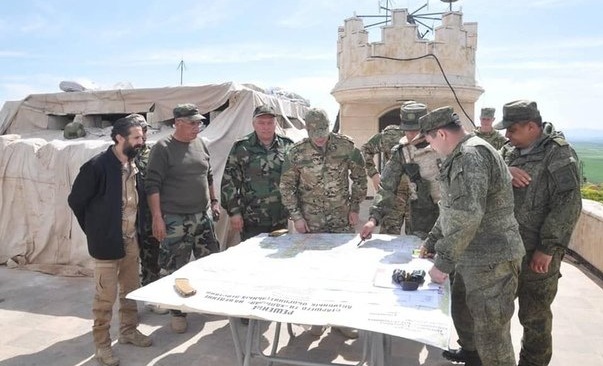 UPDATE, 1045 GMT: Any Russian ceasefire has already come under pressure, from an attack by Assad regime forces on a Turkish observation post in northwest Syria.

Turkey’s Defense Ministry said three soldiers were slightly wounded in the “deliberate” firing of 35 mortar rounds on the observation point inside the now-shattered demilitarized zone in Idlib Province. The incident occurred after the ceasefire supposedly took effect at midnight.

The Ministry said the mortars were launched from a regime-controlled area about 3 km (1.8 miles), partially damaging the observation point, equipment, and supplies. The wounded soldiers were treated and evacuated.

Appearing at a joint press conference with French counterpart Jean-Yves Le Drian in Ankara, Foreign Minister Mevlüt Çavuşoğlu said it is not possible to say that the ceasefire is fully established in Idlib but efforts continue in cooperation with Russia.

He said that if the regime attack is deemed deliberate, Turkey will give the “necessary response”.

Çavuşoğlu called on Russia and Iran to “fulfill their responsibility” in restraining the Assad regime.

A pro-Assad site says regime warplanes have “resumed their airstrikes” on Idlib Province, targeting the oft-attacked town of Khan Sheikhoun.

The site gives the pretext of a “jihadist attack on the Syrian Army’s positions in southwestern Idlib”, claiming a “heavy assault on the town of Qasabiyah” before the ceasefire took effect.

UPDATE, 0800 GMT: Rebels have rejected the Russian announcement of a ceasefire, questioning the sincerity of the statement, according to well-placed sources in northwest Syria.

Factions such as Ahrar al-Sham are calling for a Russian-regime withdrawal from Kafr Naboudah, taken at the start of the offensive in early May, and a halt to shelling and airstrikes, including of civilian areas.

Russia has halted its offensive alongside the Assad regime in northwest Syria, at least temporarily.

Moscow announced a ceasefire on Wednesday after discussions with Turkish officials, according to State news agencies RIA and Interfax.

They cited the head of the Russian Center for “Reconciliation” in Syria, Maj. Gen. Viktor Kupchishin, who said firing from rebel positions had eased.

Assad regime outlet SANA said military operations continued in southern Idlib, killing scores of “terrorists” and injuring others. The site does not mention the Russian announcement.

Turkish outlets reported the development, but did not provide confirmation from Ankara. However, they said Foreign Minister Mevlüt Çavuşoğlu met Geir Pedersen, the UN special envoy for Syria.

Tweeting after the meeting, Çavuşoğlu said Turkey’s main objectives were to preserve a demilitarized zone, agreed with Russia in September but shattered by the offensive, and advance the political process.

Civilians displaced by the pro-Assad assault awaited further word of a pause.

“They don’t just want a cease-fire, but also to go back home,” said Ahmad Nayrouz, a civil defense volunteer. “It would be really great news to be back home. People are excited to return home, even though there’s nothing left.”

A Stalled Offensive While Civilians Killed

The Russian-regime offensive was launched on May 6 in northwest Hama Province which, along with neighboring Idlib Province, is home to an estimated 3 million Syrians — about 20% of the country’s remaining population.

Meanwhile, Russia and the regime stepped up airstrikes and shelling of civilian areas across Idlib. About 325 civilians have been killed, hundreds wounded, and more displaced — adding to more than 300,000 who have fled homes since September.

The offensive and bombing shattered a demilitarized zone announced by Russia and Turkey last September around northern Hama and Idlib. The assault initially seized several towns in northwest Hama; however, it was soon held up by rebel counter-attacks. Last Thursday, rebels and the Islamist bloc Hay’at Tahrir al-Sham launched another assault, seizing some of the territory lost in early May.

Ankara was cautious in public denunciation of Moscow’s operations, but reports indicated Turkey has provided weapons to the National Liberation Front to resist and then counter the attacks.

On Tuesday, Russian Foreign Minister Sergey Lavrov implied that the offensive would be paused, saying that Turkey should separate “terrorists” from the armed opposition.

Syria Daily, June 12: Russia Stepping Back from Offensive in Northwest?

He indicated that Russia would return to the September agreement for the demilitarized zone,

The solution to this issue is to fully implement the Sochi memorandum [September agreement] to unblock the deadlock in the Idlib de-escalation zone….

Our Turkish friends…are actively working to fulfill their obligations under the Sochi memorandum, their commitments to separate the opposition…from the bandits.

The Assad regime held out against any ceasefire, with its media putting a far different spin on the remarks, “Lavrov Underlines Importance of Crushing Terrorist Organizations in Idlib”.

It also featured a statement by a leading Russian MP that “terrorists in Idlib will eliminated”: “The Ankara regime is delaying the solution of this issue based on its own interests where it has been backing many of those armed groups in Idlib which Russia considers them purely terrorist groups.”