EA on CNN, BBC, and UCB: How Trump is Messing With Britain’s Future 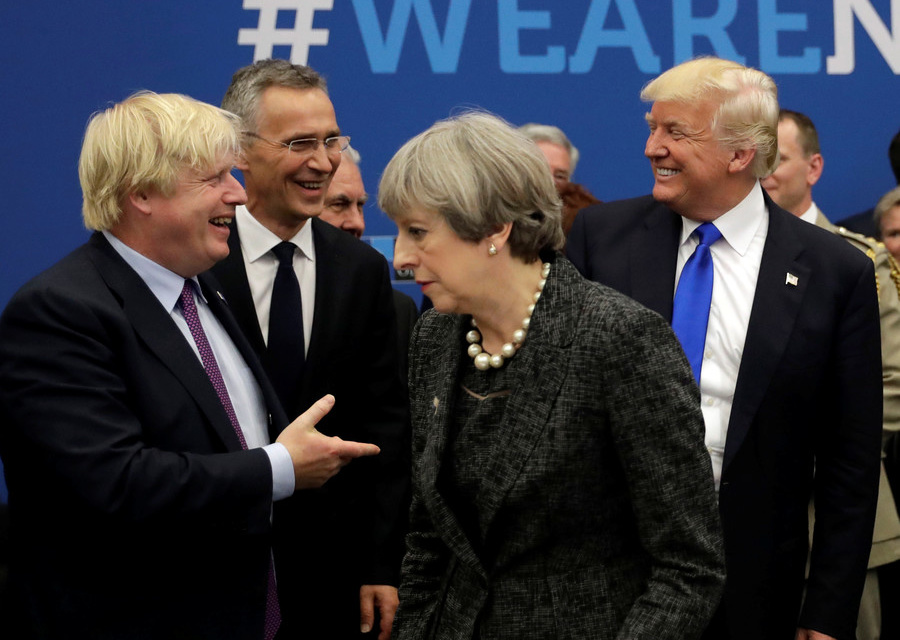 As Donald Trump spends the day with the UK Royal Family and at Westminster Abbey, I have spoken with UCB Radio and BBC outlets about the visit — safe photo ops so far, but with the potential to go off-script tomorrow.

The protests are not that the office of the President should not be respected. To the contrary, the large majority are arguing that Donald Trump dishonors the system and dishonors the Presidency. That’s why voices are raised.

Listen to BBC Radio Foyle from 6:03

It’s important to get beyond the man and his Twitter to deal with the issues because, after he leaves office in 18 months or 5 years time, we’re going to have to cope with what he leaves behind.

Just before Donald Trump landed in the UK, I spoke with BBC Radio Shropshire about the possible course of the visit — from the motives of Trump and his hosts to the possible pitfalls.

Listen out for the studio laughter as we discuss which royals have to dine with Trump, his wife, and his children.

The UK Government thought that the more they keep Trump occupied with the monarchy, the less chance of fireworks.

I spoke with CNN International’s George Howell on Sunday morning about Donald Trump’s intervention in British politics and the serious effect that it might have on the UK’s future.

We begin by talking about London Mayor Sadiq Khan’s challenge to Trump’s rhetoric and actions, with links to hard-right activists in the US and Europe, before discussing Trump’s promotion of UK politicians Boris Johnson and Nigel Farage.

Trump’s intervention could give a shot of energy to Johnson and Farage, but it will do so by further polarizing this country.

This isn’t a spontaneous thought bubble from Trump. Ten months ago he and his advisors launched a campaign to undermine the Prime Minister and put Boris Johnson in office.