Countering Prejudice in the UK — How Migrants Made Modern Birmingham 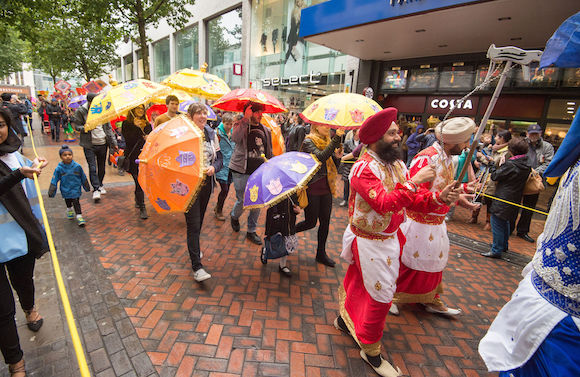 The Colours of Birmingham Parade, celebrating the South Asian contribution to the city

Originally published by the Birmingham Perspective:

Nigel Farage has been banging on again about migration, with the “great patriot” running down our country in trips to the US.

Addressing an audience of young libertarians at Lock Haven University in Pennsylvania, Farage asserted there are “whole streets in Oldham of people who have lived in my country for over 30 years who don’t speak a word of English”.

In fact, the last Census shows that, rather than “whole streets” just 1% of people in Oldham speak “no” English and 94% of households have at least one person with English as their main language.

This is a familiar story. Farage never has a good word to say about migrants. He is forever whipping up fear and distrust about people who have settled in Britain. He claims that these newcomers can’t become part of British society.

He’s wrong: they can and they do.

Birmingham: “Comfortable in Its Diversity”

It was similar 50 years ago when Farage’s forerunner Enoch Powell issued his bloodcurdling “rivers of blood” speech in Birmingham. Yet his doomsday predictions never arrived. Today 44% of the city’s population have a migrant background, with about half of that number having been born abroad.

The contrast with the situation on my arrival in 1977 is palpable. Then Birmingham lived in the shadow of Powell. The city had no black or Asian councillors; the National Front was a constant menace; police relations with black and Asian residents were grim.

But changes were already underway: UB40 and The Specials were emerging as top-line, mixed-race bands playing new kinds of hybrid popular music. Three black footballers – Cyrille Regis, Laurie Cunningham and Brendon Batson – were making the breakthrough at nearby West Bromwich Albion; local Brummies were going in increasing numbers to Indian and Chinese restaurants across the city.

Read Our City: Migrants and the Making of Modern Birmingham

Today, mixed workplaces are the norm: in factories and offices; hi-tech science parks and hospitals. At Aston and Birmingham City Universities around 50% of the students come from ethnic minority backgrounds, many from across Greater Birmingham. A third of the city councillors are from ethnic minorities. 5% of the households in the city are mixed-race. As one of my interviewees puts it, “Our preference is for our kids to marry Indians. But where inter-marriage does happen, we are not going to be Taliban about it.” This is a city where most feel comfortable in its own diversity.

Of course, tensions remain, worsened by a decade of wage stagnation and austerity. As Nobel prize-winning economist Amartya Sen has warned, a certain type of multi-culturalism lapses too often into plural mono-culturalism, where some wish to retain a separate, “fenced off” identity, with different ethnic communities living side-by-side but with little, if any, interaction. This is undoubtedly true of parts of some UK towns, but it is not inevitable. Rather, we need policies and initiatives that see integration as a two-way process dependent on the host society itself recognizing difference and acknowledging that the process of integration means that it changes too.

The migrant experience has reshaped Birmingham: from its football teams and terraces to its food culture; from its workplaces to its universities; from its bedrooms to its popular music. And that’s a microcosm for other cities and the country as a whole. When Liverpool, Spurs, Chelsea, and Arsenal made a clean sweep of reaching this year’s European finals, no-one complained that all the goals had been scored by migrants.

There is no going back to Farage’s mono-cultural world of the 1950s. People with a migrant background are here to stay. They are part of the fabric of modern Britain. My interviewees have put down roots, see Birmingham as their home and have an affection and affinity with the city and the country. Their integration has been a positive story that is all too rarely told. It’s one which all who believe that people are born equal should be happy to articulate. 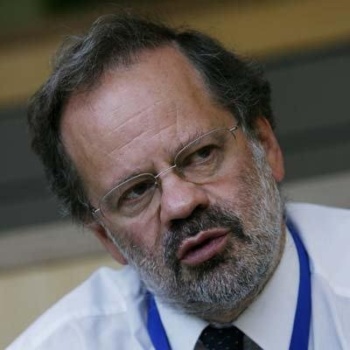 Jon Bloomfield is an Honorary Research Fellow at the Institute of Local Government Studies at the University of Birmingham and the author of Our City: Migrants and the Making of Modern Birmingham.