EA on BBC and talkRADIO: Trump’s Takeover of UK Politics 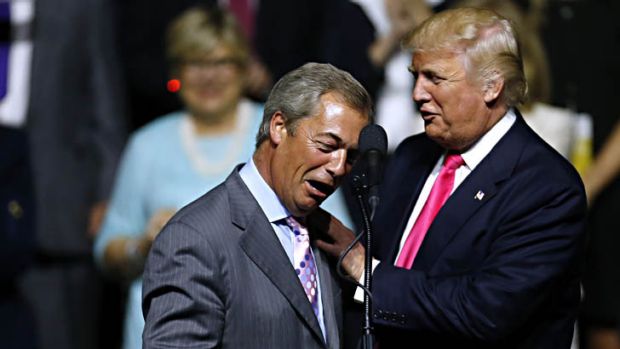 EA contributor David Dunn of the University of Birmingham speaks with the BBC News Channel.

Trump flatters himself by saying that his endorsement can make a 40- to 50-point difference. That might work in West Virginia or Alabama, but I doubt it works in the UK.

In our weekly journey across Trump-Land, I joined talkRADIO’s Alexis Conran on Saturday to discuss Donald Trump’s attempted takeover of UK politics.

With Trump arriving in London on Monday, we explain how he and his team are promoting the combination of Boris Johnson as Prime Minister and Nigel Farage as chief Brexit negotiator — envisaging a UK crash-out from the European Union, US leverage in subsequent trade talks with the British, and a weakened EU.

Boris is their key to the British kingdom, and it appears they’re going to try and turn the lock while Trump is here in the UK.