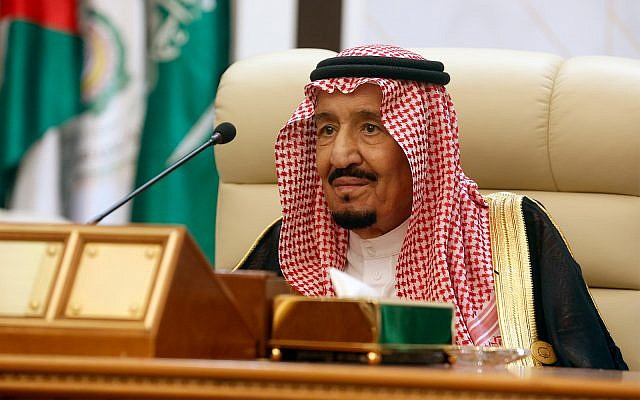 Salman referred to recent operations claimed by the Yemeni faction Ansar Allah (Houthis), which Tehran has supported politically — and according to the Saudis and the US, militarily — as the insurgency took control of part of the country, including the capital Sana’a.

Addressing an Organization of Islamic Cooperation summit in Mecca, he said Friday:

The drone attacks on Saudi oil pumping stations carried out by groups supported by Iran not only threaten the security of the kingdom and the Gulf, but also threaten maritime safety and global oil supplies.

Salman has convened three meetings this week of Gulf and Arab leaders to discuss the drones and attacks on four vessels, including two Saudi oil tankers, off the UAE coast in May. He said decisive action is needed to stop Iranian “escalations” in the region, with a confrontation of “aggressive threats and subversive activities”.

Saudi Arabia is already leading a coalition which intervened in 2015 against the Houthis in the Yemen civil war. The conflict has killed or wounded tens of thousands civilians and threatened millions with lack of food, medical care, and essential supplies.

Riyadh and Washington are trying to bolster an Arab coalition for further political and economic action against Iran, in support of comprehensive US sanctions. National Security Advisor John Bolton said on Thursday that Washington’s evidence of Iran responsibility for the tanker attacks will be presented to the UN Security Council as early as next week.

I think the world is coming to the conclusion and the realization of the importance of pressing Iran to comply with international law and to act as a country rather than a revolution, and abandoning the principle of exporting the revolution which is enshrined in its constitution.

Tehran has denied any involvement in the attacks. Iran and Saudi Arabia broke diplomatic relations in early 2016, after Riyadh executed a prominent Shia cleric and a crowd in Tehran responded by attacking and burning the Saudi Embassy.

Foreign Minister Mohammad Javad Zarif hit back at the US on Saturday, claiming that the US sanctions violate rulings by the International Court of Justice.

Zarif said the Trump Administration is blocking Iran’s purchase of food, medicine, and airplane parts in defiance of an ICJ provisional order permitting the sales.

He accused the US of entering “a serious economic war” against Iran, but maintained that it was out of the Administration’s fear of Iran’s “powerful standing in the region”.

The recently-appointed commander of the Revolutionary Guards, Maj. Gen. Hossein Salami, declared on Friday that the Islamic Republic had no part in the attacks on shipping: “Iran is a powerful country. We do not need to hide anything. If we do something, we’ll announce it publicly.”

Some primitive Arab regimes in the Persian Gulf are sidekicks of the US and under total control of Washington, and their comments and messages are not even worthy of any response.