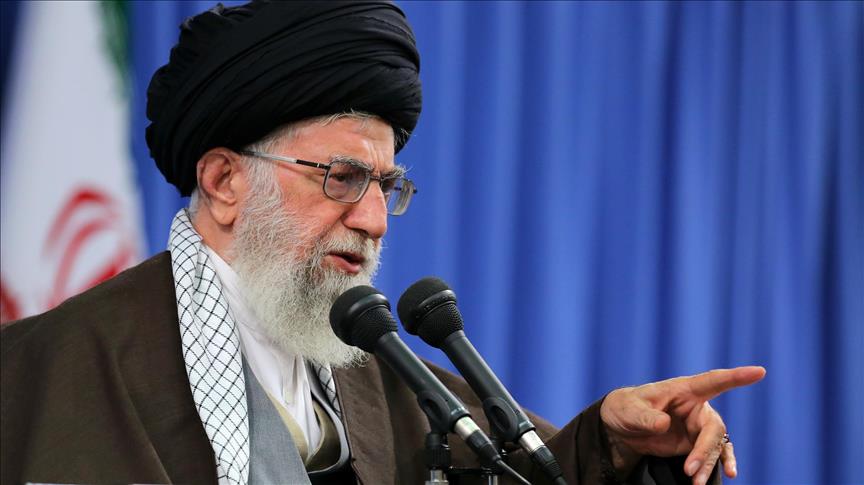 Iran’s Supreme Leader appears to have closed doors on links with Europe to bypass US sanctions and prop up Tehran’s troubled economy.

As for the European packages and proposals, we should not condition the people again [to accept them]….We should not tie down the economy of the country to something which is not in our control.

Of course, [the Europeans] are behaving in a nasty way….They are sticking to their November timetable and they are constantly putting it off to November so that they give us very little or give us nothing once everything is firmly established and once sanctions are fully in place.

He continued, “[The Europeans] are bad. They are really bad. I have a lot to say about the Europeans, not because of their current policies but their mischievous nature over the last few centuries.”

Khamenei’s Twitter account reinforced the message with the complaint that the July 2015 nuclear deal between Iran and the 5+1 Powers (US, UK, Germany, France, Russia, and China) had not lifted pressure on Tehran’s economy:

#JCPOA failed to resolve the economic problems of our country or to offer a significant help. And now they talk about EU package. Europeans have to explain how they can defend our interests; i.e. with the package. pic.twitter.com/RCP7jHIwKG

In January, after protracted discussions with Tehran, the European Commission announced the launch of a limited Special Purpose Vehicle to bypass US sanctions for some trade in Iranian oil and other commodities and goods. Iranian officials initially welcomed the SPV, but soon rejected it because of “humiliating conditions”.

The Europeans linked the launch to criticism of Iran’s missile development, activities in the Middle East, and alleged involvement in bombing and assassination plots in Europe. Tehran also complained that the SPV’s initial phase, taking months to implement, only covered Iran’s imports of foodstuffs, medical supplies, and pharmaceuticals.

In the regime’s last significant statement on the proposal, the incoming head of the Expediency Council, Sadeq Larijani, said:

The move by Khamenei’s office appeared to be a sharp rebuff to President Rouhani and Foreign Minister Mohammad Javad Zarif, a week after Zarif tried to resign in an attempt to regain Foreign Ministry influence in policy and operations.

Foreign Ministry spokesman Bahram Qassemi tried to crack open the door yesterday for continuing talks with the Europeans. He said a European delegation would visit Tehran in the “near future” to negotiate.

But Qassemi then sharply limited the initiative, “The delegation will probably consist of only economic and technical experts.”

The regime issued another blow to links on Saturday when the Expediency Council postponed, for the fourth time, a decision on accession to an international convention against terrorist finance and money laundering.

Khamenei’s office did put out a tweet of appeasement that Iran should expand “diplomatic ties” with all countries except the US — only to add the link to the Supreme Leader’s July denunciation of “vicious” Europe.

Relations with the East and the West should be expanded as much as we can. Operational and purposeful diplomatic activities should increase.https://t.co/ny6gcRLtDR

Contrasting the constant lies that Netanyahu, Trump & Associates tell about Iran, the #IAEA once again—and for the umpteenth time—affirms our standing by our word and adhering to the nuclear accord that the US has illegally violated. Our patience, however, is running thin.