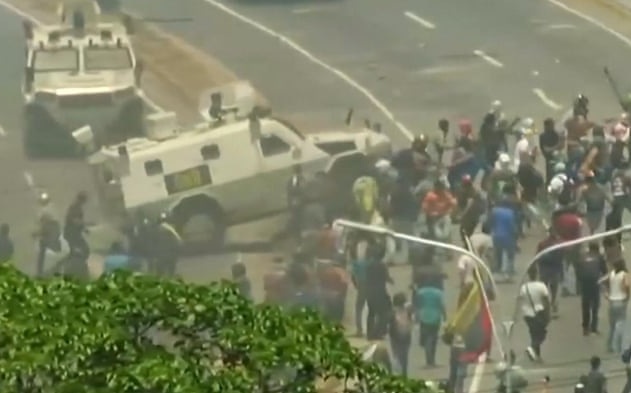 On Tuesday, Juan Guaidó, the President of Venezuela’s National Assembly, declared the “last phase” of protests to remove President Nicolás Maduro from power and called on the military to join a peaceful uprising.

The day ended inconclusively, with Maduro declaring that a “coup” had been foiled and Guaidó calling for more protests on Wednesday

Many reports have portrayed the crisis as one between Maduro and a Trump Administration seeking his removal, but much more — notably local and regional dynamics — are needed to consider the situation.

I offered an analysis to Monocle 24’s The Briefing on Wednesday, with consideration of the near-future and a possible alternative to a “coup or Maduro” confrontation.