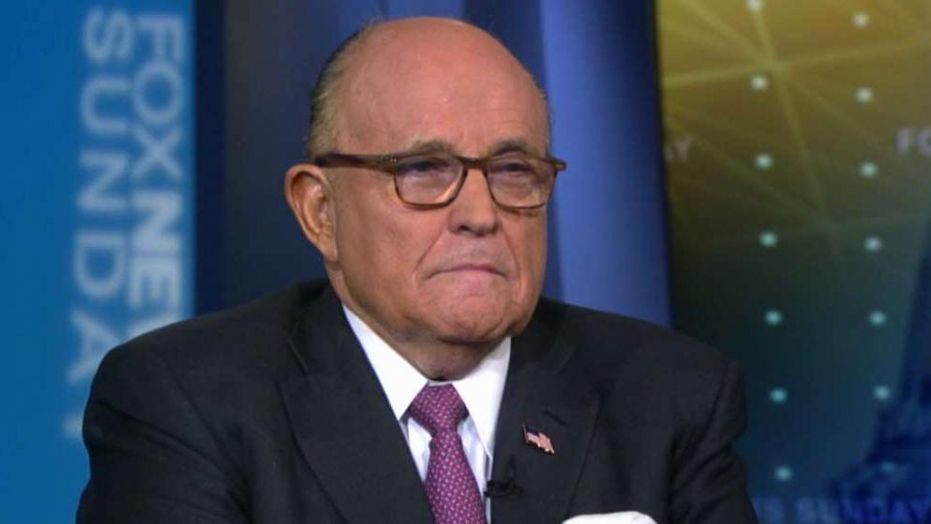 Giuliani gave a series of TV interviews on Sunday, three days after the release of the 448-page report of Special Counsel Robert Mueller. While concluding there was criminal conspiracy between Trump’s staff and Russian officials, the findings set out areas where the campaign encouraged Russia’s interference. These included the welcome of material, provided by Russian intelligence, which was published by WikiLeaks to damage Democratic nominee Hillary Clinton.

On Thursday, Trump’s camp eagerly spun the report as a “No Collusion, No Obstruction” triumph, after Attorney General William Barr tried to pre-empt the release with a misleading press conference about the content.

But Giuliani vividly demonstrated the shift from enthusiasm to vilification as journalists have digested the report and begun to accurately summarize its conclusions, including Trump’s repeated attempt to obstruct justice.

With Trump angered at a portrayal of White House chaos — including his far-from-innocent response to Mueller’s appointment, “This is terrible. I’m fucked” — Giuliani said yesterday that the report is full of “calumny, lies and distortion”. He called Mueller team member Andrew Weissmann a “hitman”, and declared that the Special Counsel’s lawyers “came close to torturing people” in their investigation.

Giuliani tried to tear down former White House Counsel Donald McGahn, whose 30 hours of testimony to Mueller’s team were central in the depiction of Trump’s obstruction of justice. In June 2017, according to the report, Trump ordered McGahn to instruct Deputy Attorney General Rod Rosenstein to fire Mueller. And in early 2018, Trump told the lawyer to deny that there was any attempt to dismiss Mueller.

Giuliani said Trump was angry at Mueller and McGahn “because they tried to frame him”. He insisted McGahn was “wrong”, “confused, [and] cannot be relied upon”.

Giuliani also assailed Republican Senator and 2012 Presidential candidate Mitt Romney, who said that he was “appalled” by the Trump campaign’s welcome of Russian help and “sickened at the extent and pervasiveness of dishonesty and misdirection by individuals in the highest office of the land, including the president”.

He fired at Romney, “Stop the bull, stop this pious act.”

Meanwhile, the possibility of impeachment proceedings — initially ruled out by House Speaker Nancy Pelosi on Thursday — grew. House Judiciary Committee chair Jerrold Nadler, who has promised “major hearings” and subpoenaed unredacted copies of the report and Mueller’s evidence, said that if it is found Trump obstructed justice, “some of this would be impeachable, yes”.

Other key legislators were more cautious but kept open the option. House Intelligence Committee chair Adam Schiff — who assessed on Thursday that “impeachment would be doomed to failure” — said, “[This is] going to be a very consequential decision and one I’m going to reserve judgment on until we have a chance to fully deliberate on it.”

We have to be very careful here. The American people, a lot of them clearly still don’t believe that President Trump is doing things to destroy our democracy and has done a lot of things very poorly.

Cummings said he thought “history would smile upon us for standing up for the Constitution”.