The Good Friday Beacon We Need: The Life and Death of Lyra McKee 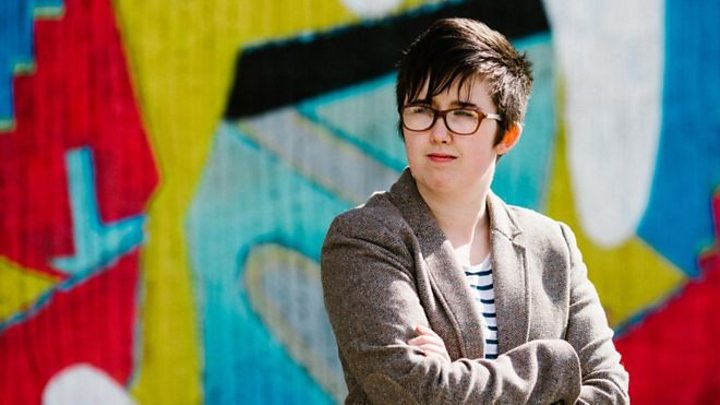 Lara McKee: “She died for people everywhere who have suffered due to the bigotry and ignorance that their societies allow to fester.”

“We treasure the Good Friday accord because it is not just a treaty, it is an ethic, it is a value, it is an article of faith for us, it is a beacon to the world.”

This was the statement of Nancy Pelosi, the Speaker of the US House of Representatives, to the Dail — the lower house of the Irish Parliament — last Wednesday.

“We were the Good Friday Agreement generation, destined to never witness the horrors of war but to reap the spoils of peace. The spoils just never seemed to reach us.”

These were the words of the journalist and gay rights activist Lyra McKee, shot dead by a member of a dissident republican organisation in Derry in Northern Ireland on Thursday evening.

The subdued poignancy of McKee’s reflection sharply contrasts with the visionary rhetoric of Pelosi. It also questions the claims of that vision.

To be sure, McKee’s heart-breaking death is a reminder of how fragile the Good Friday peace is in Northern Ireland and how much needs to be done to maintain it. But it signifies much more: about ongoing bigotry and blindness and about warped values and violence, corrupting the North and with resonance far beyond.

Pelosi was in Ireland leading a delegation of US politicians on a “fact-finding mission” with visits to the border and Northern Ireland, prefaced by an appearance in London.

This was a carefully-designed mission to send strong messages to both British and US politicians and publics. At all stages of the trip, Pelosi pointedly stated that “there will be no chance of a US-UK trade agreement” if Brexit undermines the 1998 Good Friday Agreement.

The statement was well-received by the Irish Government, which had worked with the Irish-American lobby in Washington to shape it. It was less well-received in certain parts of the UK and the US.

In London, this was a red rag to Brexiteers, who have long promised a glorious trade deal with the US as an outcome of the UK’s departure from the European Union. Dismissing Pelosi and her team as “snowflakes”, they argued that the Good Friday Agreement issue was “concocted” and that the House Speaker is in “a grand conspiracy” with European and American agencies to defeat Brexit.

In Northern Ireland, pro-Brexit Unionist politicians sought to debunk Pelosi’s message. Gregory Campbell, a Democrat Unionist Party MP, gave the delegations “home truths” about the Good Friday Agreement and about the history of the Northern Irish conflict: “Irish-Americans constantly wax lyrical about the ‘Irish American’ lobby, we were able to remind them that it was the Ulster Scots who helped create the United States at it’s birth.”

Pelosi’s message was also intended — perhaps as a priority — to reach Donald Trump, a Brexit supporter who has promised a trade agreement with the UK. She succeeded, at least with Trump’s favored outlet Fox News, “Pelosi Undermines Trump Abroad on US-UK Trade Deal.”

The Death of “A Ceasefire Baby”

Lyra McKee was a young journalist whose life and work reflected some of the deepest divisions in Northern Ireland.

In 2014 McKee wrote a blog post, a letter to her 14-year-old self, about growing up gay in the province. Candid and incisive, the reflection documented the religious-based prejudice that tortures young minds. It was a beacon of McKee’s literary talent, as she wrote for The Atlantic and BuzzFeed and secured a two-book deal with Faber and Faber.

The post was also part of what became her signature focus, the ongoing trauma of life in Northern Ireland for the Good Friday Agreement generation, or what McKee ironically termed the “ceasefire babies”. She wrote about the epidemic of suicides over the last 20 years in Northern Ireland, provoked by homophobia and other prejudices and pressures.

In 2017 McKee went on her own “fact-finding mission”, to the US, as part of a State Department program “to learn about American values”. In a TED talk, she recounted an epiphany at a mosque in Orlando, Florida, following the massacre of 49 people at a nearby nightclub. She returned to Northern Ireland with a belief that she had to work to “win the hearts and minds” of religious leaders and teachers to change the homophobic mindset at home.

It was time to have “difficult conversations”, she said.

Northern Ireland was the last place in the UK to legalize homosexuality. Unlike the rest of the UK, it stilll maintains a life-long ban on gay men donating blood, and the devolved Assembly has refused to implement the Equal Marriage Bill that was passed by the UK Parliament.

Religion and politics remain deeply entwined in Northern Ireland, and the Good Friday Agreement has done little to dissolve either social prejudices or tribal hatreds. Today as ever, politicians are quick to cite religious values in defending their political or social positions – almost 40 years after Ian Paisley’s 1982 “Save Ulster from Sodomy” campaign.

The Beacon We Need

In her speech to the Dail, Nancy Pelosi hailed the Good Friday Agreement as a “beacon to the world”. In certain respects that is true: this was a remarkable achievement in ending violence and its design has applications elsewhere. And the agreement needs safeguarding.

But it is time to stop making such bald and bold claims and instead to address the costs of the conflict for a divided society.

The current vacuum in Northern Ireland’s politics, with no sitting Assembly since January 2017, only exacerbates that traumatic legacy. We need some difficult conversations, not political theatre and grandstanding nor vacuous talk about values.

McKee did not die as evidence of the value of the Good Friday Agreement. She died for people everywhere, including the US, who have suffered due to the bigotry and ignorance that their societies allow to fester.

In death as in life, she is a beacon to the world. But will that beacon be seen?