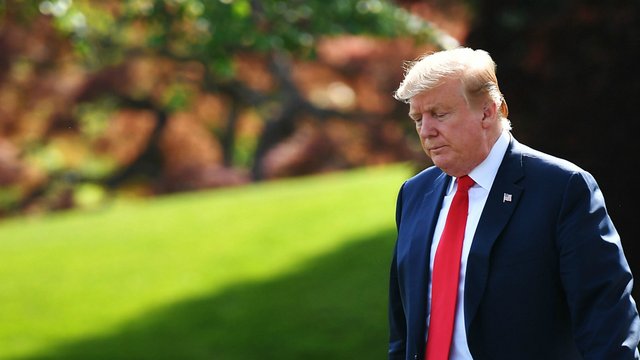 Angry and frustrated, Donald Trump railed on Twitter on Saturday as the findings of the Mueller Report on Trump-Russia links began to gain traction in Washington and in the media.

On Thursday, Trump was exultant as spin from Attorney General William Barr and the White House appeared to bury the report’s conclusions, even before the 448-page document was released. Trump falsely thundered, “No Collusion! No Obstruction!”, ripping off a Game of Thrones motif for his message.

But over the next 48 hours, Special Counsel Robert Mueller’s conclusions started to gain attention. The report documented collusion, if not criminal conspiracy, between the Trump campaign and transition, Russia, and WikiLeaks with “numerous contacts” and the campaign’s knowledge and encouragement of Russian intervention in the 2016 election. Mueller found that, in 8 of 10 cases, Trump had obstructed or attempted to obstruct justice.

Trump was also infuriated by the report’s revelations of chaos and his inability to ensure that staff carried out his orders to halt the investigation. These included the vivid depiction of Trump’s resignation, verging on an acknowledgement of guilt, when Mueller was appointed as Special Counsel: “Oh my God. This is terrible. This is the end of my presidency. I’m fucked.”

By Friday, Trump’s claims of “total exoneration” were replaced by his rant that passages in the report “are total bullshit & only given to make the other person look good (or me to look bad). This was an Illegally Started Hoax that never should have happened.” He even threatened to bring “Spying or Treason” charges against “some very sick and dangerous people”.

Spending the weekend at his Mar-a-Lago resort in Florida, Trump opened Saturday by refusing the “No Collusion, No Obstruction” falsehood and assailing the team behind the report that had supposedly cleared him.

Despite the fact that the Mueller Report should not have been authorized in the first place & was written as nastily as possible by 13 (18) Angry Democrats who were true Trump Haters, including highly conflicted Bob Mueller himself, the end result is No Collusion, No Obstruction!

The “Fake News Media” was attacked for giving space to Mueller’s findings. Trump — or his staff — spent most of the day retweeting pro-Trump outlets which had put out the preferred message and attacked Democrats. One of the retweets, from White House Director of Social Media Dan Scavino, insisted, “I am with the President at the Southern White House, I have never seen him happier!”

Then Trump turned his ire on Republican Senator and 2012 Presidential nominee Mitt Romney, one of the few GOP legislators to accurately summarize Mueller’s conclusion. Romney said that he was “appalled” that the Trump campaign had welcomed Russia’s help in 2016.

If @MittRomney spent the same energy fighting Barack Obama as he does fighting Donald Trump, he could have won the race (maybe)! pic.twitter.com/p5imhMJqS1