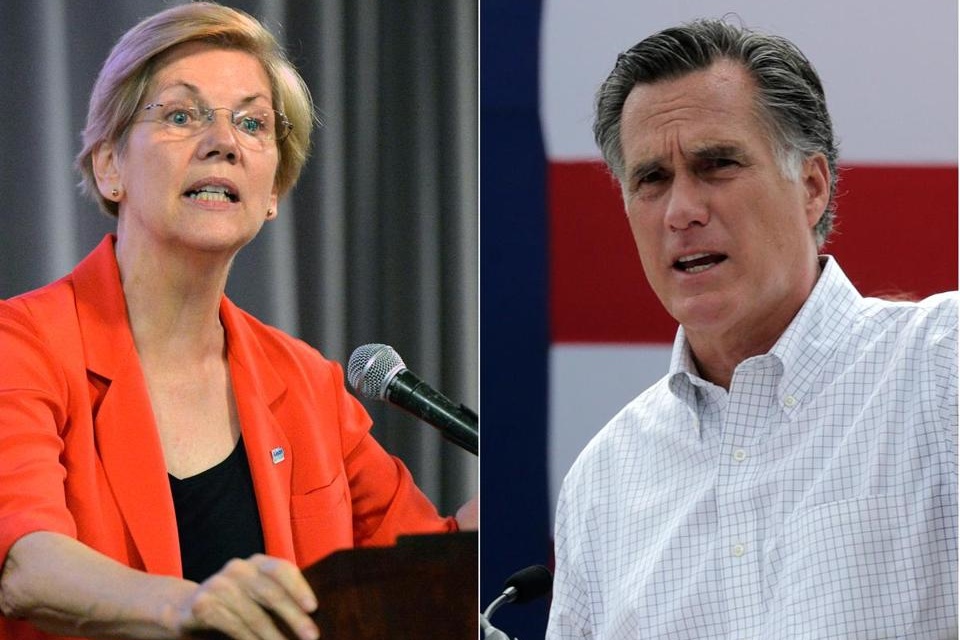 Democrat Senator Elizabeth Warren, a 2020 Presidential candidate, calls for the impeachment of Donald Trump after the Mueller Report documents the Trump camp’s links with Russia and WikiLeaks and Trump’s obstruction of justice.

Republican Senator Mitt Romney, the party’s 2012 Presidential nominee, is the first major GOP legislator to speak out, saying he is “appalled” that the Trump campaign welcomed help from Russia.

And the House Judiciary Committee issues a subpoena for unredacted copies of the report and the evidence behind the findings.

Friday’s developments overtook the efforts of Trump’s team, including Attorney General William Barr, to bury the report with misleading or false claims of “No Collusion, No Obstruction”. Triumphant on Thursday, Trump was angrily tweeting yesterday:

Statements are made about me by certain people in the Crazy Mueller Report, in itself written by 18 Angry Democrat Trump Haters, which are fabricated & totally untrue. Watch out for people that take so-called “notes,” when the notes never existed until needed. Because I never….

…agreed to testify, it was not necessary for me to respond to statements made in the “Report” about me, some of which are total bullshit & only given to make the other person look good (or me to look bad). This was an Illegally Started Hoax that never should have happened, a…

Eight hours later, he returned to finish the thought: “…big, fat, waste of time, energy and money – $30,000,000 to be exact. It is now finally time to turn the tables and bring justice to some very sick and dangerous people who have committed very serious crimes, perhaps even Spying or Treason. This should never happen again!”

“Pervasiveness of Dishonesty and Misdirection”

Upon the release of the report, some prominent Democrats — notably House Speaker Nancy Pelosi — indicated that Trump’s impeachment would not be pursued.

But the discussion shifted yesterday, with the Judiciary Committee’s promise of “major hearings” and legislators noting that Mueller — while saying he could not indict a sitting President — had said Congress could take action.

The severity of this misconduct demands that elected officials in both parties set aside political considerations and do their constitutional duty. That means the House should initiate impeachment proceedings against the president of the United States.

I read the Mueller report. When I got to the end, I realized this is a point of principle. Because it matters not just for this president, but for all future presidents. No one is above the law. pic.twitter.com/RdAHQYoH0V

Equally striking was Sen. Romney’s statement, given that other Republican legislators were still covering for Trump or remaining silent.

In a statement, the former Presidential candidate — who was considered by Trump as a possible Secretary of State — said:

I am sickened at the extent and pervasiveness of dishonesty and misdirection by individuals in the highest office of the land, including the President.

Reading the report is a sobering revelation of how far we have strayed from the aspirations and principles of the founders.

But 2016 Presidential candidate Marco Rubio was among those protecting Trump by trumpeting the spin of Attorney General Barr rather than the content of the report:

Announcing the subpoena for the unredacted report and all evidence, House Judiciary Chairman Jerrold Nadler said:

Even the redacted version of the report outlines serious instances of wrongdoing by President Trump and some of his closest associates. It now falls to Congress to determine the full scope of that alleged misconduct and to decide what steps we must take going forward.

Barr’s Justice Department resisted, maintaining that the 953 redactions were “minimal redactions” and offering to allow Congressional leaders to see a version with fewer deletions.

“In light of this, Congressman Nadler’s subpoena is premature and unnecessary,” said spokeswoman Kerri Kupec.