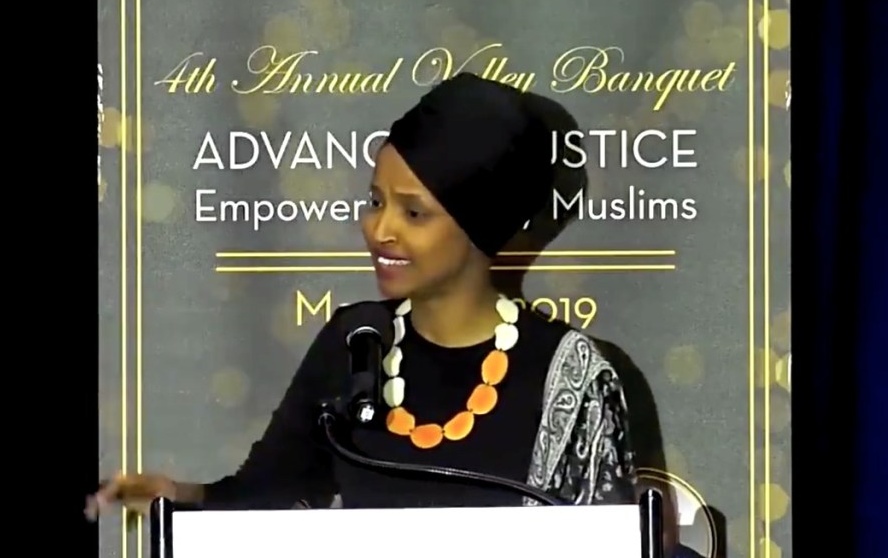 Rep. Ilhan Omar speaks at an event of the Council on American-Islamic Relations, March 2019

Trump and his advisors are hoping to portray Democrats as “extremism”, whipping up claims that some of them are anti-semitism and playing on Muslim-phobia. Omar has become a target since she challenged the influence of pro-Israel organizations, such as the American Israel Public Affairs Committee, in US politics.

The attacks have encouraged death threats against Omar, a representative from Minnesota. But Trump stepped up the assault last week by featuring a video distorting an Omar speech, taking four words out of context and repeating them again and again against images of the World Trade Center burning on September 11, 2001.

In fact, Omar’s speech emphasized Muslims as part of America, with the focus on rights and responsibility, “Once you are willing to stand up for yourself…then others will show up for you.”

Democrats denounced the featured tweet as irresponsible, but Republican legislators and Trump have continued. On Monday, before flying to Minneapolis, Trump used Twitter to allege — without support — “anti-Semitic, anti-Israel, and ungrateful U.S. HATE statements” by Omar. Widening the attack to the Democratic leadership, he said the Minnesota representative was “in control” of House Speaker Nancy Pelosi.

Then, speaking at a tax and economy roundtable, Trump spent most of his time assailing immigrants and people of color. He mimicked an asylum seeker reading from a piece of paper: “People come in, they read a line from a lawyer that a lawyer hands them out online. It’s a big con job. That’s what it is.”

Earlier this month, featuring the anti-immigrant campaign, Trump instructed border officers to break the law by refusing entry to asylum-seekers, according to multiple officials. Trump told Kevin McAleenan, head of Customs and Border Protection and now Acting Homeland Security Director, that he would be pardoned if he carried out the order, the officials added.

Long before Omar ran for office, Trump and his advisors have pursued rhetoric and policies aimed at Muslims. Within days of taking office, in an initiative propelled by White House chief strategist Steve Bannon and his protégé Stephen Miller, Trump ordered the “Muslim Ban” blocking entry into the US by citizens of seven mainly-Muslim countries.

After 17 months of legal challenges, the Supreme Court allowed a modified version of the Ban to proceed in June 2018.

Trump’s animus is also personal. He falsely claimed to have seen “thousands” of Muslims cheering on rooftops in New Jersey during the September 11 attacks — as he boast that one of his buildings was now the tallest in Manhattan. In November 2017, he retweeted three faked and distored Muslim-phobic videos posted by the far-right group Britain First.

Who are Britain’s Far-Right Islamophobes Boosted by Trump’s Retweets?

Trump has called for a moratorium on all Muslims traveling to the US, telling CNN, “I think Islam hates us.”

That attitude is now firmly attached to the Trump camp’s view of 2020. They noted that in the South Carolina Republican primary in February 2016, 75% percent of voters favored the Muslim Ban in exit polling. Trump has privately told aides that his language about Muslims is well-received by his base.

Tim Murtaugh, the Trump campaign’s communication director, said this week, “Like millions of Americans, the President found Rep. Omar’s comments on Jews and remarks belittling the 9/11 attacks to be offensive.”

Since the president’s tweet Friday evening, I have experienced an increase in direct threats on my life — many directly referencing or replying to the president’s video. This is endangering lives. It has to stop.