Iran Daily: The Mother and Daughter Arrested for Handing Out Flowers 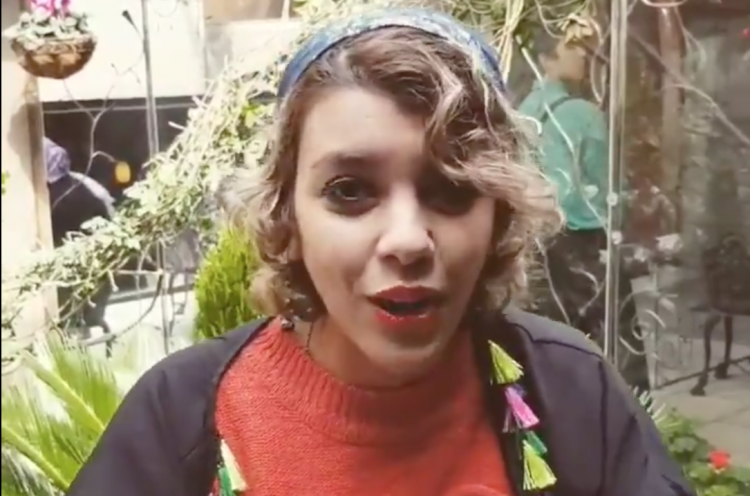 In the Iran regime’s latest crackdown on protests over compulsory hijab, a mother and daughter have been arrested for handing out flowers on the Tehran metro.

On March 8, International Women’s Day, Monireh Arabshahi and Yasaman Aryani(pictured) draped their headscarves over their shoulders and gave flowers from wicker baskets to the underground passengers in a women-only carriage.

Yasaman Aryani, 23, is a civil rights activist and actress. She is involved in the White Wednesdays campaign, launched last year, in which women wear a white headscarf in public.

Arabshahi, also a civil activist, has recently traveled to Lorestan in western to help flood victims. She returned to Tehran on hearing her daughter had been arrested, and was seized as soon as she arrived at the detention center.

On April 8, Aryani tweeted that she had been barred from performing in “Actors Studio” at theMalek Theater, owned by the Culture and Islamic Guidance Ministry. Two days later, she was arrested at her home. Officers took her books, laptop, and her notes.

In a brief call, Aryani told her family that she was detained after a complaint by the prosecutor of Iran “morality” court.

As she was taken to court, Aryani quickly spoke her father. He said that, according to officers, she will not be allowed to use the phone for a month and the family cannot appoint a lawyer.

Arabshahi was able to phone briefly on April 12. She said she was in Gharchak Prison, on the outskirts of east Tehran, but her daughter had not yet been transferred there.

Aryani was first arrested in August 2018, with 17 other women and about 50 men, after they helped a woman in downtown Tehran who was thrown to the ground by anti-riot police during protests over economic conditions. She was sentenced to one year in prison for disrupting the peace, but pardoned by the Supreme Leader in February on the anniversary of the 1979 Islamic Revolution.

Arabshahi was arrested in January 2019 after she participated in protests, in front of Tehran University, over the death of 10 students in a bus accident. She was detained at Gharchak Prison for six days before she was released.

A source close to the family said that Zhinus Sobhani, a Baha’i member and a former secretary of the Center for Defenders of Human Rights, was initially arrested after she was with Arabshahi and Aryani in the metro. Sobhani was wrongfully identified by authorities as the woman who had removed her hijab and “tried to pervert people’s minds by speaking against the Islamic Republic”, according to her brother. She was released hours after her detention on March 31.