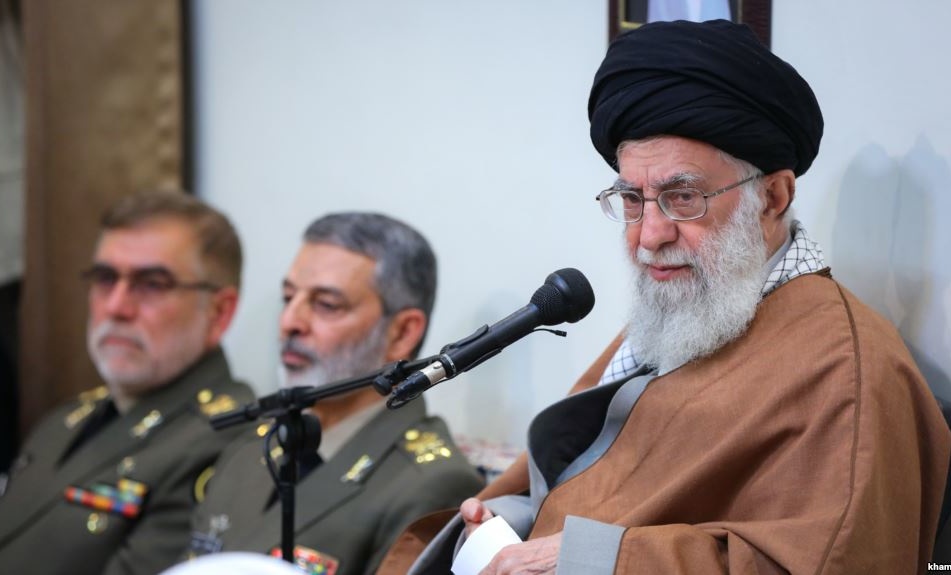 Responding to the latest US sanctions, including designation of the Revolutionary Guards as “terrorist”, Iran’s Supreme Leader has again issued a vague statement about retaliation.

Addressing military commanders on Wednesday, Ayatollah Khamenei asserted, “Any action that makes the enemy angry is appropriate and correct; whereas, any move that makes them more aggressive and stronger in spirit must be avoided.”

The US Treasury said the sanctions on the Guards, estimated to have 125,000 personnel, potentially affect 11 million individuals connected with the organization.

The Supreme Leader called the French Government a “dictatorship”, referring to protests by the Yellow Vests movement:

in many countries, even in the countries that claim to advocate freedom and human rights, the armed forces are agents of dictators’ authority, and confronting the nations, an example of which can be seen in the case of Saturdays in Paris.

At the end of January, after four months of negotiations, the European Union launched a Special Purpose Vehicle for non-dollar trade. The arrangement for Iranian oil and other commodities and goods bypassed comprehensive US sanctions imposed in November, including on the Islamic Republic’s energy and financial sectors.

However, the SPV is limited, covering only a targeted set of products in the first instance. Iranian officials complained about “humiliating conditions”, such as European criticism of Iran’s missile research and developments and its activities — including alleged support of bomb and assassination plots — in Europe and the Middle East.

On Sunday, Foreign Minister Zarif warned Europe, “[They] should not believe that the Islamic Republic will [continue to wait] for them.”