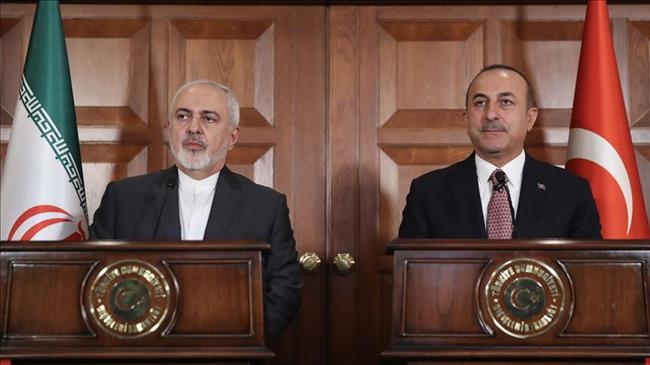 Amid US sanctions and failure to establish links with Europe, Iran is looking to Turkey for a lifeline for its troubled economy.

Turkish-Iranian bilateral trade peaked at $21.9 billion in 2012, with officials setting a goal of $30 billion. But Iran’s economic problems and sanctions have led to a decrease, with only $9.3 billion in 2018.

At their press conference, Çavuşoğlu and Zarif issued standard statements of cooperation. The Turkish Foreign Minister said Ankara was “expressing our concerns” to US officials at every meeting, and denounced the designation of the Revolutionary Guards as terrorists as an “extremely wrong decision”: “Trust in the global system will suffer and there could be total chaos”.

Çavuşoğlu repeated the trade target of $30 billion. More significantly, he said Turkey is considering a trade mechanism to bypass US sanctions.

In early February, the European Union launched a limited Special Purpose Vehicle for non-dollar trade in Iranian oil and other commodities and goods, but Iranian officials have rejected the initiative as too restricted and with “humiliating conditions” such as criticism of Iran’s missile program and actions in Europe and the Middle East.

Çavuşoğlu did not give further details of a Turkish mechanism, saying only, “We evaluated how we can establish new mechanisms…how we can remove the obstacles before us and before trade. What is important here is the solidarity and determination between us.”