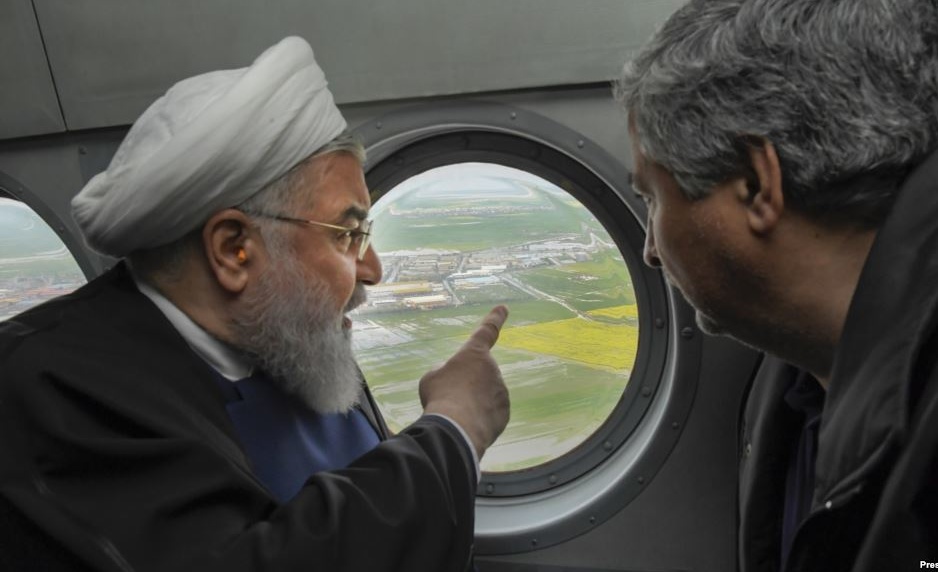 President Hassan Rouhani has used a disaster management meeting, amid flooding across Iran, to deride “a racist, lawbreaking, and war-mongering group…in the White House”.

Rouhani made the comment to officials in Khuzestan Province in southwest Iran, which was placed under a state of emergency on Saturday.

The floods across the country have killed at least 45 people and caused widespread damage. Rouhani has been criticized for inaction in the early days of the crisis and quarrelled publicly with the head of the Revolutionary Guards over containment measures.

But the President preferred in the Khuzestan meeting to open with praise of “restoration of around 300 thousand hectares of farmland” as “the government’s gift to the people of this land”, boasting about the opening of a new phase of an irrigation project.

When he turned to the current situation, he appeared to limit it with a comparision to “the recent floods in the US and Japan [where] hundreds of people died and billions of dollars of damage was inflicted”.

He added the consolation, “In the past year, we have gained many legal victories against the United States. The overturning of the verdict of freezing $1.7 billion of Iran’s assets by the US was a great victory for the Iranian nation.”

Last week a Luxembourg court rejected a US judge’s ruling that plaintiffs could receive the frozen assets, settling claims over the September 11, 2001 attacks on the World Trade Center in New York.

.@realdonaldtrump is grasping at every straw to portray his failed Iran policy as a success. Only thing proven is that he rejoices over the misery that he thinks he has imposed on ordinary Iranians. Like his predecessors, he will learn that Iranians never submit to pressure.