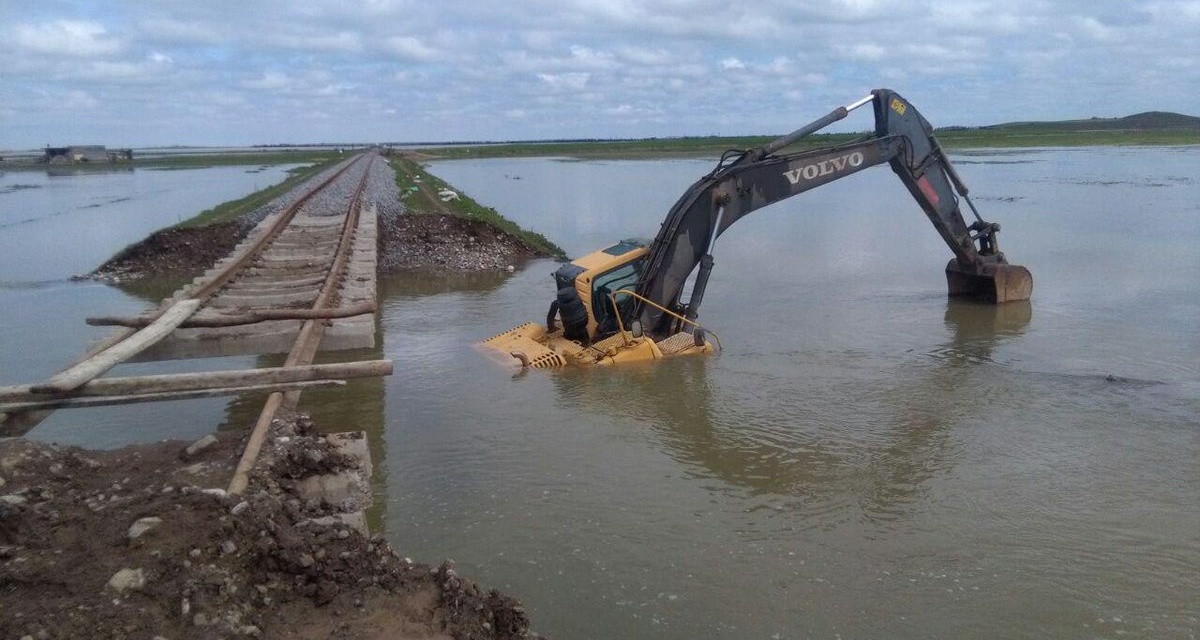 Heavy rain has fed flooding over the past week in which at least 45 people have been killed. The Government has been criticized for inaction in the early days of the crisis. On Monday, Rouhani issued an order putting officials on full alert and demanding coordination of action.

The latest dispute between Rouhani and the Guards (IRGC) erupted on Friday when the President said the Guards’ high-profile demolition of a railway in northern Iran was useless in controlling the floods: “The explosions did not make any difference in the situation. It was like taking water from one bowl and pouring it into another.”

Last Sunday the IRGC carried out demolition at three points along the track, with former commander Mohsen Rezaei calling the operation “the explosion of hope.” Three days later, Jafari ordered the demolition of a road to let flood water pour into the Caspian Sea.

Jafari hit back in a video on Saturday. Without naming Rouhani, he derided the “accusation” and said Government agencies have failed to help. He announced that further explosions will be carried out.

The railway in northern Iran was inaugurated first by then-President Mahmoud Ahmadinejad and then by the newly-elected Rouhani in 2013, despite concerns that it might cause flooding by blocking the flow of water.

The Guards’ conglomerate Khatam al-Anbia hailed its completion of the projection within a year, saying it was “a turning point in relations between IRGC and the Government”. The statement was misleading: construction had lasted six years, with IRGC involvement in the last 2 1/2.

Iranian authorities declared an emergency in Khuzestan Province in the southwest of the country.

Provincial Governor Gholamreza Shariati said 56 villages lying near the Dez and Karkheh rivers may have to be evacuated as officials released water from two major dams. He added, “Some residents are resisting (evacuation calls) because of their livestock…and because they’ve experienced similar circumstances in the past.”

Energy Minister Reza Ardakanian said authorities were working round-the-clock to control flooding and minimize damage: “It’s estimated that in the next five days about three billion cubic meters of water will flow into dam reservoirs in Khuzestan due to rainfall…1.8 billion of which (is above capacity and) will have to be released.”

In neighboring Lorestan Province, at least eight villages and parts of the town of Dorud are being evacuated.