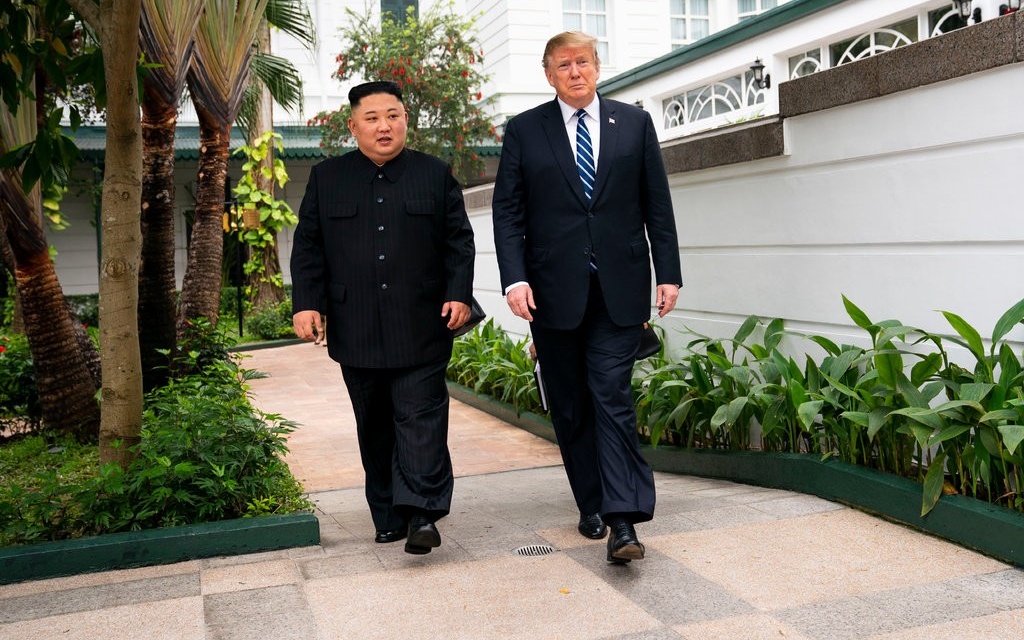 Donald Trump’s summit with North Korean leader Kim Jong-un collapsed on Thursday because of Trump’s ambitious attempt — rejecting the guidance of high-level advisors — for a “proposal to go big”, covering the entire North Korean nuclear and missile programs and all US sanctions.

Insiders at the talks have told The New York Times of how the summit in Vietnam quickly ran into trouble because of Trump’s ambitious proposal, defying North Korean insistence — ever since the first summit in Singapore last June — for a step-by-step approach for resolution.

As President Trump settled into the dining room of a French-colonial hotel in Hanoi on Thursday morning, the conversation with Kim Jong-un, the North Korean leader with whom he had struck up the oddest of friendships, was already turning tense.

At the opening dinner on Wendesday evening, Kim resisted Trump’s pitch for North Korea to give up all its nuclear weapons, material, and facilities in return for the end to US-led sanctions.

American intelligence agencies had warned Trump, privately and publicly, that Kim would not accept. But Trump dismissed the agencies, declaring before the summit that their assessment of North Korea’s nuclear plans is “lies”.

Before the summit, Trump’s staff, led by National Security Advisor John Bolton and Secretary of State Mike Pompeo, reiterated that the chances of a grand bargain were virtually zero. Some questioned proceeding with the summit, fearing there would be an embarrassing failure.

Trump insisted on his approach. He showed Kim’s “beautiful letters” to visitors to the Oval Office as evidence of success, having said that he and the North Korean leader “fell in love”.

A Failure From Miscalculations

However, as Trump entered the dining room of Hanoi’s Metropole Hotel on Thursday morning, Kim was already tense, according to six participants in the summit.

The sources said Kim had hoped that Trump would accept the offer of North Korea dismantling the Yongbyon nuclear complex in return for an end to sanctions enacted since 2016 which had aimed at sectors such as minerals, metals, coal, agriculture, and seafood.

American negotiators had rejected the proposal, and Pompeo restated the opposition. He told Trump that a settlement only for Yongbyon risked the appearance of being tricked by Kim, as North Korea could continue its nuclear effort in other facilities, including tunnels around the country.

A “senior State Department official” added that sanctions relief could led to North Korea funding the production of more weapons.

Trump and Kim left the hotel dining room for a brief walk around the pool. After the two men shook hands, lunch — already laid out — was cancelled. So was the joint press conference and any signature of a general statement.