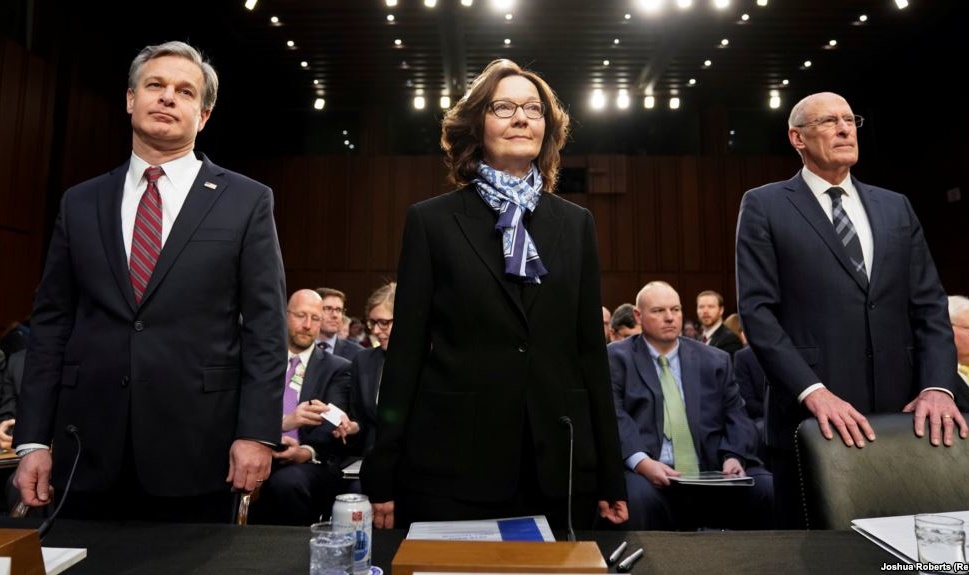 Donald Trump attacks his intelligence agencies, as a former FBI Assistant Director — hounded out of office by Trump and his allies — speaks of suspicions that the US President is a “Russian asset”.

The latest official to face possible insult and dismissal is Director of National Intelligence Dan Coats. Along with CIA Director Gina Haspel and FBI Director Christopher Wray, he gave testimony to a Senate panel at the end of January that challenged Trump’s PR lines on North Korea, Russia, Iran, and the Islamic State.

“People familiar with the matter” said Trump, who has never seen Coats as a close or trusted adviser, is now so disenchanted that officials fear the director will be fired soon.

They said Trump is still “enraged” about the Congressional testimony on national security threats last month. The three directors knocked back Trump’s assertions that ISIS is “completely defeated”. They said that the intelligence community assesses North Korea has not slowed its nuclear weapons program, contradicting Trump’s declarations of advance after his June 2018 summit with North Korean leader Kim Jong-un and before a second summit at the end of this month.

They also angered Trump by explaining that Iran is still complying with the July 2015 agreement over its nuclear program, undermining the Administration’s rationale for a policy of regime change.

Soon after the hearing, Trump tried to play down the episode by saying the intelligence officials had been “misquoted” — despite the transcripts of the public hearings — and tweeting a photograph of a meeting in the Oval Office:

Just concluded a great meeting with my Intel team in the Oval Office who told me that what they said on Tuesday at the Senate Hearing was mischaracterized by the media – and we are very much in agreement on Iran, ISIS, North Korea, etc. Their testimony was distorted press…. pic.twitter.com/Zl5aqBmpjF

But the sources said Trump is still angry, saying this weekend that Coats is “not loyal” and “not on the team”.

A White House official confirmed that Trump has been complaining about Coats’s public statements, and another said the frustration was real although he did not believe Coats will be fired soon.

But an advisor said Trump has been asking confidantes for suggestions on who can replace Coats.

Trump’s fury also continues on Twitter, where he is betraying nerves over the Trump-Russia investigation and ongoing revelations by former officials.

Trump and his allies are trying to rewrite concern over possible links of Trump, his campaign, and his Administration — and Trump’s attempt to shut down the investigation, risking obstruction of justice — by portraying a “coup” attempt by officials.

“….(The Witch Hunt) in time likely will become recognized as the greatest scandal in American political history, marking the first occasion in which the U.S. government bureaucrats sought to overturn an election (presidential)!” Victor Davis Hanson And got caught! @FoxNews

The confrontation has been propelled this week by former FBI Director Andrew McCabe, fired by Trump in March 2018.

McCabe has emphasized in recent days the extent of US agencies’ concern after Trump removed FBI Director James Comey in May 2017, trying to shut down the inquiry, and then bragged the next day to Russian Foreign Minister Sergey Lavrov about the dismissal.

McCabe has confirmed that officials worried that Trump would carry out more firings. They discussed use of the 25th Amendment, which sets out the removal of a President considered unfit for office, and Deputy Attorney General Rod Rosenstein proposed a wiretap to record Trump’s comments, an idea which McCabe said he opposed.

To ensure that the investigation was not halted, the officials quickly arranged the appointment of Special Counsel Robert Mueller.

On Tuesday McCabe, who has just published a book, was asked by CNN’s Anderson Cooper, “Do you still believe the President could be a Russian asset?”

He replied, “I think it’s possible. I think that’s why we started our investigation, and I’m really anxious to see where Mueller concludes that.”

Trump settled for a retweet of a former TV show host, Geraldo Rivera:

This is crazy scary. A cabal of unelected bureaucrats-angered & upset that @realDonaldTrump fired their boss-whispered about overthrowing him. Has this ever happened? Why isn’t the mainstream seeing this for what it is. This is malignant arrogance from a man fired for lying. https://t.co/uvtz6tQmEa