Syria Daily: Turkey and Russia Patrols in Idlib — Will They Stop Regime Attacks? 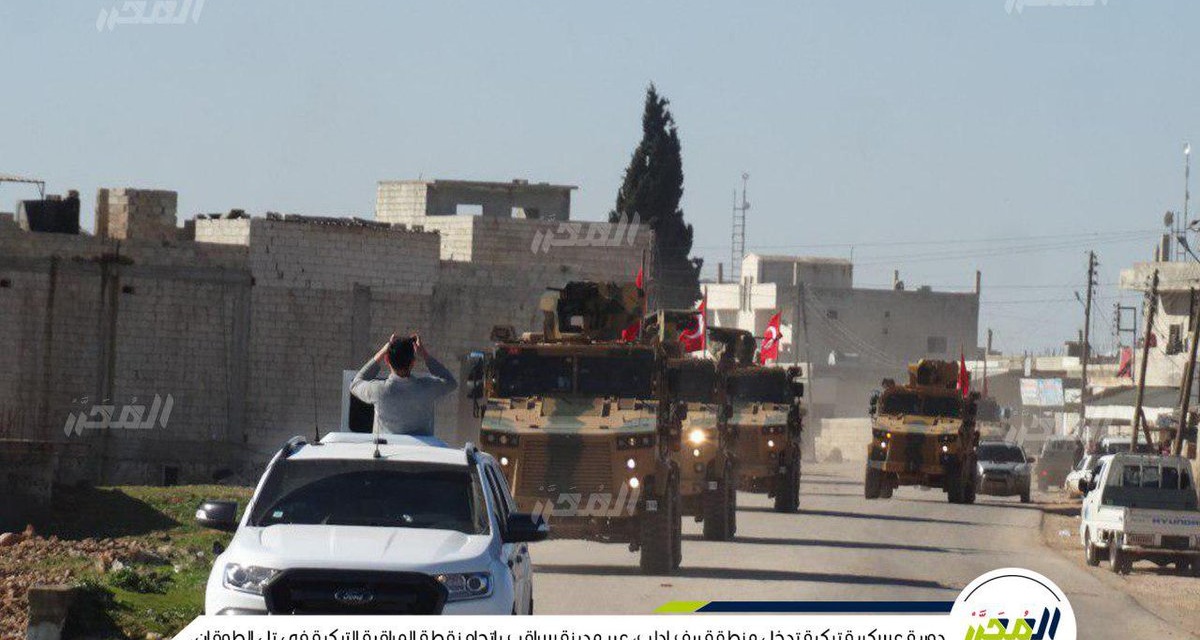 Claims are circulating that Russia has broken its own demilitarized zone with airstrikes near the city of Jisr al-Shughour in northwest Idlib Province.

The strikes come less than a day after Turkey said Moscow and Ankara had started complementary patrols of Idlib to maintain stability.

#Syria: video showing powerful #Russia|n airstrike on Muntar (SE. of #JisrShohur), among the very 1st targets bombed by #RuAF. Village was hit by a double tap which killed at least one 1st rescuer & wounded others. https://t.co/ILSB6tqrSU pic.twitter.com/kd1jpyKOdP

The head of the White Helmets, Raed Saleh, said one of its members was killed in a “double tap” attack, in which rescuers and others are targeted in a follow-up strike as they respond to the first bomb.

The declaration of Turkish and Russian patrols has quickly been challenged.

After regime troops tried to infiltrate a village in northern Hama Province, rebels attacked a regime checkpoint, claiming that several troops were killed.

Turkey has announced cooperative Turkish and Russian patrols in Idlib Province in northwest Syria, following an escalation of Assad regime shelling on civilian areas and retaliatory attacks by hardline Islamists.

Turkish Defense Hulusi Akar announced the launch on Friday. Turkey’s forces — who have been in the northwest alongside rebels since August 2016 — will patrol in opposition-held areas, and Russian troops will monitor territory occupied by regime militias and their foreign allies.

Turkey and Russia announced a demilitarized zone in September, covering Idlib and northern Hama Provinces. However, Assad regime forces continued shelling of civilian areas in Idlib. They escalated the attacks last month, killing at least 47 people — most of them women and children — in a 10-day period.

Russia had refrained from any criticism of the regime shelling. Instead President Vladimir Putin and Foreign Minister Sergey Lavrov said “terrorists” must be eliminated.

Akar said that the joint patrols will be an “important step for the continuation of the ceasefire and ensuring stability”.

He said Turkey is not in direct contact with the Assad regime, asserting that Ankara is only holding talks with Russia and occasionally with Iran.

A column of armoured Turkish military and medical vehicles drives on a patrol along a road in the de-militarised zone in the western countryside of Syria's Aleppo province near the town of Kafr Halab on March 8, 2019.
Via @omar_hajkadour / AFP pic.twitter.com/nCY9b8s40N

As the first Turkish patrols went through Saraqib, Idlib, a crowd of supporters came out to greet them, getting selfies with Turkish soldiers, giving the soldiers children to hold, and waving and draping Turkish flags to show their support. pic.twitter.com/1tuTTLKoDU