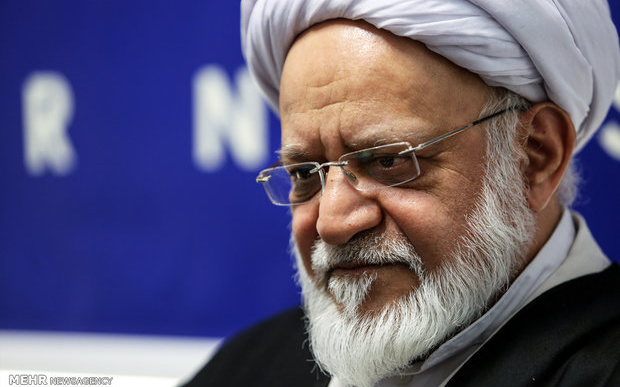 A hardline member of Iran’s Expediency Council, Gholamreza Mesbahi Moghaddam (pictured), has said Tehran will not join an international convention against terrorist finance — a key condition for European assistance for the Islamic Republic’s troubled economy.

Moghaddam said before Tehran Friday Prayers that Iran will not join the Financial Action Task Force as a prerequisite for the European Union’s Special Purpose Vehicle to trade in Iranian oil and other commodities and goods, bypassing US comprehensive sanctions imposed in November.

He claimed that the EU was still failing to support Tehran and the July 2015 nuclear deal despite the SPV:

After the US withdrawal [in May from the nuclear deal], Europeans promised they would provide 12 solutions for their trade with Iran, but so far they have not even taken one step in this direction and have not even implemented one single solution.

Nine months have passed since then, and they have only created a channel called INSTEX [SPV], which is not even a financial channel but one for making purchases. Europeans should take note that we will not be deceived by them and endorse the FATF-related bills, because in this case we will consider the Establishment’s benefits, not anyone’s whims.

For months, the Rouhani Government has pursued bills for accession to the FATF and the international convention against terrorist finance and money laundering. Parliament has passed the measures, but the Guardian Council, which reviews all legislation, blocked them.

The Expediency Council, established to resolve differences between branches of the Iranian regime, has deferred a decision on five occasions. It is not scheduled to meet again in April.

Hardliners object to accession to the FATF because they believe it will disrupt Iran’s links with groups such as Lebanon’s Hezbollah and Palestine’s Hamas and Islamic Jihad.

Mesbahi Moghaddam addressed President Hassan Rouhani and Foreign Minister Mohammad Javad Zarif: “I would say that our situation will actually become worse by acceding to the two conventions. Is it really in our best interests to reveal our foreign trade to countries such as the US, Saudi Arabia or the Zionist regime?”

The Foreign Office is continuing to speak of the possibility of the SPV, but earlier week the Supreme Leader’s office released a video which showed Ayatollah Khamenei denouncing “vicious” Europeans, in a meeting with President Rouhani and the Cabinet last July.