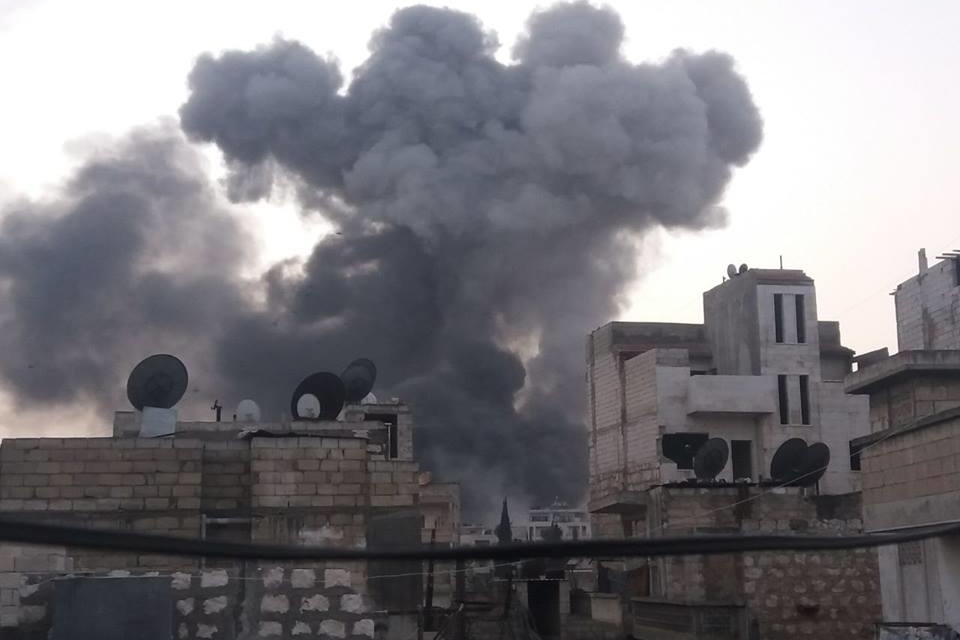 In its latest lie about chemical attacks in opposition-held Idlib Province in northwest Syria, the Russian Defense Ministry says Belgian and French intelligence officers are planning staged assaults against civilians.

Since its military intervention to prop up the Assad regime in September 2015, Russia has recurrently declared that rebels, White Helmets rescuers, and foreign intelligence services are plotting “false flag” attacks to pin blame on the regime. None of the accusations has ever been supported.

The falsehoods have been used both to cover for the regime’s use of chlorine or sarin, killing many hundreds of civilians, and to discredit the White Helmets, a leading target of Russian and regime propaganda.

UN investigators have documented 33 Assad regime chlorine or sarin attacks since 2014, and scores of others — including the August 2013 sarin assault on East and West Ghouta near Damascus that killed at least 1,400 people — have been attributed to regime forces.

To organize provocations, representatives of the French and Belgian secret services arrived in Idlib. Under their supervision, a meeting was held with the field commanders of the terrorist groups of Hayat Tahrir al-Sham and Hurras Al-Din, as well as with the representatives of the pseudo-humanitarian organization “White Helmets”.

Kupchishin declared that the plotters planned videos to depict Russia and the regime using chemical agents against civilians. He added to the falsehood by saying that refugees and “families held by the terrorist groups” were forced to take part.

The general continued with the allegation that the planners may have “used real toxic substances” in northeast Idlib Province on March 23.

The Assad regime has escalated shelling of northeast Idlib, alongside occasional Russian airstrikes elsewhere in the province, killing at least 170 civilians. However, no source has claimed the use of chemical weapons.

From 14 March to 27 March 2019, representatives of the Belgian secret services recorded strikes on video, which the Russian Aerospace Forces targeted at terror groups’ arms depots and footholds of drones in Idleb de-escalation zone, in order to subsequently present them as an “evidence” of the use of chemical weapons.