TrumpWatch, Day 799: Barr — My Summary of Mueller Report is Not A Summary 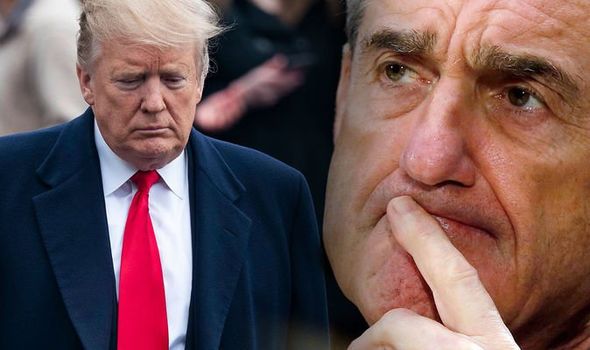 Five days after covering for Donald Trump in a letter on the Mueller Report on Trump-Russia links, Attorney General William Barr says that his summary of the report is not a summary.

Barr’s unusual statement came in a further letter to legislators, pledging to release a version of Special Counsel Mueller’s evidence and findings — albeit with redactions — by mid-April.

I am aware of some media reports and other public statements mischaracterizing my March 24, 2019 supplemental notification as a “summary” of the Special Counsel’s investigation and report….

My March 24 letter was not, and did not purport to be, an exhaustive recounting of the Special Counsel’s investigation or report. As my letter made clear, my notification to Congress and the public provided, pending release of the report, a summary of its “principal conclusions”.

Barr’s statement appeared to be an attempt to cover himself against criticism that he had shielded Trump with a blanket dismissal of “coordination” or “conspiracy” — but not “collusion” — between the Trump campaign and Russian officials in the 2016 US Presidential election. The Attorney General also quashed any pursuit of obstruction of justice by Trump, despite implicitly acknowledging that Mueller’s team had found evidence.

With the further statement, Barr opened the possibility that while Mueller’s conclusion did not set out “conspiracy”, a criminal charge, the Special Counsel set out evidence of collusion — which does not carry a criminal penalty — or even of cooperation or conspiracy short of a recommendation of prosecution.

The Attorney General, responding to an April 2 deadline by the House Judiciary Committee to deliver the report, said he will release it in “mid-April, if not sooner”. He said the document is almost 400 pages, plus supplemental material.

However, Barr set out a series of reasons to justify redaction of material. He cited the need to protect sensitive sources and ongoing investigations and then added a broad clause: “information that would unduly infringe on the personal privacy and reputationalinterests of peripheral third parties”.

The Attorney General said he was working with Mueller on the redactions. He said that, as Trump had publicly stated that he would defer to the Justice Department, “there are no plans to submit the report to the White House for a privilege review”.

Trump and his supporters have tried — falsely — to portray Barr’s initial letter as a full “exoneration” while continuing to attack the “hoax” of the investigation. Trump again lied to a rally on Thursday night by conflating conspiracy and collusion: “After three years of lies and smears and slander, the Russia hoax is finally dead. The collusion delusion is over.”