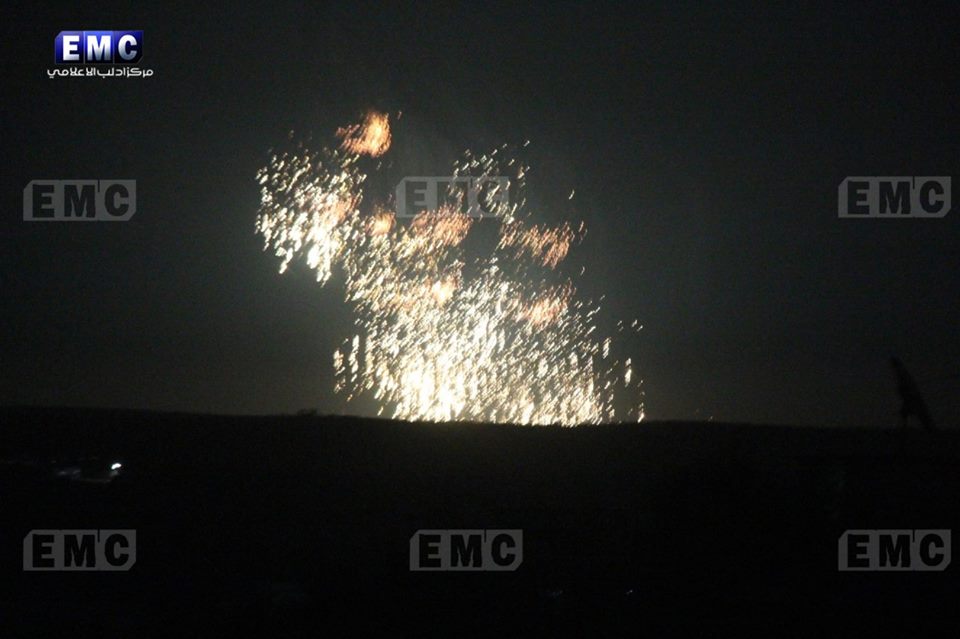 Russia has again bombed Idlib Province in northwest Syria, breaking its own demilitarized zone for the second time in a week.

Activists reported the Russian strikes near the town of Saraqeb, in eastern Idlib near the M5 highway between Aleppo and Homs. A pro-Assad blog claimed the Russians were launching a “major attack” on a “jihadist explosives warehouse”.

Russia carried out strikes near Jisr al-Shughour last Saturday in northwest Idlib. Among the victims was a White Helmets rescuer, killed in a “double tap” bombing that targeted civil defense responding to an initial attack.

Those strikes came only a day after Turkey said Moscow and Ankara had begun complementary patrols of Idlib to prevent clashes between pro-Assad and rebel forces.

Russia and Turkey, which has had forces alongside rebels in northwest Syria since August 2016, announced a 15 to 20-km wide, 100-km long demilitarized zone around Idlib and northern Hama Province last September.

But Assad regime forces have continued to attack civilian areas, including shelling last month that killed 47 people in a 10-day period and forced thousands to flee their homes. Hardline jihadists responded with attacks on regime positions in northern Hama.

The last major opposition territory in Syria, Idlib and northern Hama have more than three million people — about 20% of the country’s remaining population after eight years of conflict.

The regime’s incendiary shelling on Tuesday was on the village of Talmanah in southeast Idlib. Local activists said more than 40 rockets were fired.