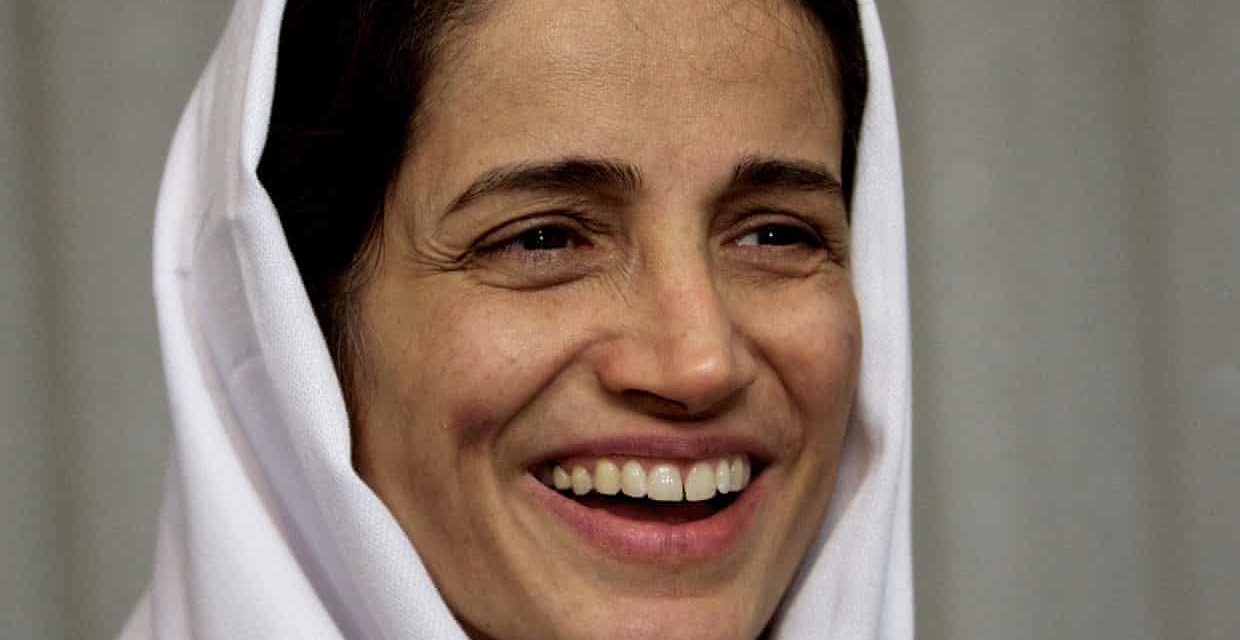 The husband of political prisoner and human rights lawyer Nasrin Sotoudeh has clarified the additional sentence imposed upon her by a Tehran Revolutionary Court.

Reza Khandan said on Tuesday that Sotoudeh will serve another 10 years, on top of a five-year sentence that has put her back in Evin Prison.

Khandan explained that some of the new sentences, totalling 33 years, “insulting the Supreme Leader” and “colluding against the system” are concurrent.

The European Union condemned the sentence yesterday and called for an “immediate review” of the case. It said the lawyer, who was convicted in absentia, did not have a fair trial that her right to appeal must be respected.

The UN’s expert on human rights in Iran, Javaid Rehman, said the punishment of Sotoudeh is “a crystal-clear illustration of an increasingly severe state response”.

: Political prisoner and human rights lawyer Nasrin Sotoudeh says she has been condemned to 38 years behind bars.

Sotoudeh, imprisoned from 2010 to 2013 and rearrested last June, passed the message in a phone call to her husband Reza Khandan, who posted a summary on Facebook. She was handed a sentence on Saturday of 33 years and 148 lashes for “insulting the Supreme Leader” and “colluding against the system”.

A judge at Tehran’s Revolutionary Court confirmed a five-year sentence for collusion, but said only two years was imposed for insulting the Supreme Leader.

Sotoudeh’s lawyer Mahmoud Behzadi-Rad said the verdict was given without Sotoudeh present in the court. She has boycotted proceedings because she was not allowed to choose her own attorney.

Khandan said last week that Sotoudeh had been convicted again on “national security” charges over her defense of protesters.

The lawyer — recipient of the European Parliament’s Sakharov Prize for Freedom of Thought in 2012 and the Ludovic Trarieux Human Rights Prize in September 2018 — was detained between 2010 and 2013 over her representation of protesters of the disputed 2009 Presidential election. She was rearrested last spring after authorities were angered that she defended women who demonstrated against the compulsory wearing of hijab.

Sotoudeh was initially told that she would serve a five-year prison sentence imposed in 2015 but was warned she faced multiple additional charges. She was tried in absentia on December 30 at a Tehran Revolutionary Court, with hardline judge Mohammad Moghiseh presiding.

The regime has also maintained pressure on the lawyer by suspending prison visits by her two children and by detaining Khandan last autumn. He has been released but was handed a six-year sentence in January to post Facebook updates about his wife’s case.

Last July 2018, the International Bar Association’s Human Rights Institute addressed Ayatollah Khamenei. In November, the UN reiterated its “concern at the in-absentia conviction and subsequent imprisonment” of Sotoudeh and called on Iran to guarantee her right to a fair trial.

In December, the European Parliament passed a motion urging Iranian authorities to “immediately and unconditionally release” the political prisoner.