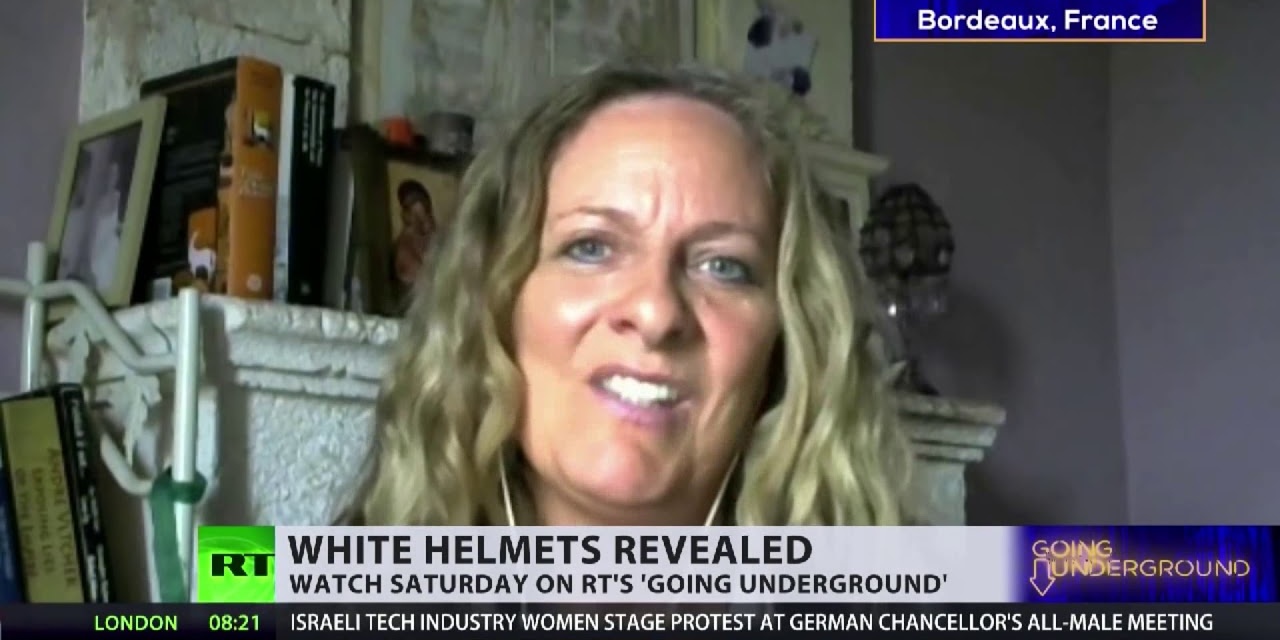 Chris York writes for The Huffington Post, with a contribution from EA:

A British thinktank claiming to investigate propaganda has recruited a blogger accused of disseminating Russian disinformation about the war in Syria.

The Working Group on Syria, Propaganda and Media counts a number of UK academics as members and claims to conduct “rigorous and independent research” and “provide a source of reliable, informed and timely analysis”.

The group has so far reported on the poisoning of Sergey Skripal, chemical attacks in Syria, and a British organization that counters Russian propaganda but its findings have been described by experts as “speculation”, “distortion”, and “in the realm of conspiracy theorists”.

The people who spend hours online peddling disinformation campaigns about the Syrian conflict ought to explain why they’re so resistant to allowing greater independent international scrutiny of what’s happening in Syria.

They’re just in the realm of conspiracy theorists as far as I’m concerned.

The Working Group on Syria, Propaganda, and Media (WSPGM) was established by Professor Piers Robinson of the University of Sheffield, who last year was revealed by HuffPost UK to be a believer in long-debunked conspiracy theories about the 9/11 attacks.﻿

The group’s reports echo Russian disinformation lines and suggest western governments or those working for them are actually responsible.

The Skripal paper, for example, suggests either the US or the UK killed the former Russian spy so that he couldn’t testify in a libel case against Christopher Steele, the man who compiled the infamous Trump dossier.

Skripal and his daughter Yulia were poisoned by a deadly military-grade nerve agent in March. Extensive evidence has been presented of the identities, military records and links to the Russian government of the two suspects in the Skripal affair, and European arrest warrants have been issued.

The paper “Doubts about Novichok” is just a collection of conspiracy theory, speculation, and distortion of material.

But it really set a trend whereby they would feign expertise and of course the agenda that this suited, whether or not they intended this, is the agenda of the Russian state.

The group has recently added a number of new “independent researchers”, all of whom have no journalistic or relevant academic qualifications but do have a history of echoing Russian disinformation narratives. One of them is a British blogger called Vanessa Beeley.

She has been described by the Guardian’s former middle east editor Brian Whitaker, as “the Syria conflict’s goddess of propaganda”, and has played a central role in Russia’s attempt to discredit humanitarian workers in the country.

After discovering her theories dovetailed with their military aims in Syria, she has been ceaselessly promoted by various arms of the Russian Government and then presented as a credible source on Russian state media channels and by members of the Syrian government such as MP Fares Shehabi.

Urve Eslas, an advisor to the former Estonian President and adjunct fellow at CEPA, an organisation that monitors disinformation, told HuffPost UK:

Academic freedom and journalistic rules should require the presentation of different viewpoints, but only if they are factually valid.

Beeley’s arguments are not. The rule of balance, when exploited by propagandists and conspiracy theorists, is a means of deceiving the audience if it does not provide accurate information.

Beeley has made regular trips to Syria as a guest of Assad’s government, which in 2011 brutally suppressed a popular democratic revolution. Assad has been fighting a civil war ever since which has morphed into a proxy war for various regional and international powers.

Russia has been fighting alongside the Syrian government since 2015 and between them are responsible for 94 percent of the more than 200,000 civilians killed in the conflict.

Thousands of these deaths happened in state jails and confirmation of them has come from the government itself in a steady stream of death notices.

And since admitting still possessing chemical weapons in 2012, the Syrian government has also been found likely responsible for numerous chemical weapons attacks including one in 2013 that killed up to 1,400 people.

Writing for the Regime

But Beeley rejects all this, insisting the 2011 revolution never happened and was in fact a CIA-backed plot to topple Assad. She lauds the Syrian army and once described meeting Assad as “my proudest moment”.

A piece written last year purporting to expose the “egregious western media chemical weapon fraud in Eastern Ghouta” inadvertently details how regime officials are her only source and shepherd her around, ensuring they control what she is able to witness, long after any fighting ended.

Beeley repeated Syrian government claims unchecked, such as that a site in Eastern Ghouta had been used by anti-Assad forces to produce chemical weapons.

A report by the Organization for the Prohibition of Chemical Weapons later concluded these sites were no such thing.

#Douma – 2nd chemical weapon manufacturing site I visited yesterday. This site was in a Jaish Al Islam fortified, secure area where nobody could enter without passing their checkpoints. Similar cylinder to one claimed to have been used in alleged CW attack on 7/4. @21WIRE #Ghouta pic.twitter.com/6566x6St8l

Another report repeats the claims of a Syrian Army general who says the White Helmets, the group that rescues people from the rubble of country’s civil war, set fire to one of their own buildings in an attempt to cover up evidence that they are terrorists.

But Beeley’s own photographs show a building with extensive structural damage, crushed vehicles, piles of rubble and a hole in the roof.

A White Helmets source confirmed to HuffPost UK that the building was in fact targeted by a Russian airstrike on 12 March 2018. The group themselves extensively documented Russian and Syrian airstrikes in the area around this time – none of this is mentioned in Beeley’s report.

Again, direct hit on the civilians and @SyriaCivilDefe volunteers while rescuing the injured people. No final number of casualty statistics that varies from second to second, after the brutal air raids on residential neighbourhoods in #EasternGhouta towns. #SaveGhouta pic.twitter.com/4EvVCXdhhR

Professor Piers Robinson and another member of the WGSPM, Professor Tim Hayward of the University of Edinburgh, have long been supporters of Beeley, sharing a stage with her at a number events.

Robinson is the chair in politics, society and political journalism at the University of Sheffield, specialising in “contemporary propaganda, with a particular focus on the current war in Syria”, according to the University’s website.

Referencing Beeley’s debunked reporting from East Ghouta, he has dismissed criticism of her writing as a “smear campaign”.

I wonder why this attack on Bartlett and Beeley is coming at precisely the moment they are being vindicated in terms of what is happening in East Ghouta and the information emerging from there. Strikes me as a 'well timed' smear campaign.

Members of the WSPGM did not respond to multiple requests for comment.