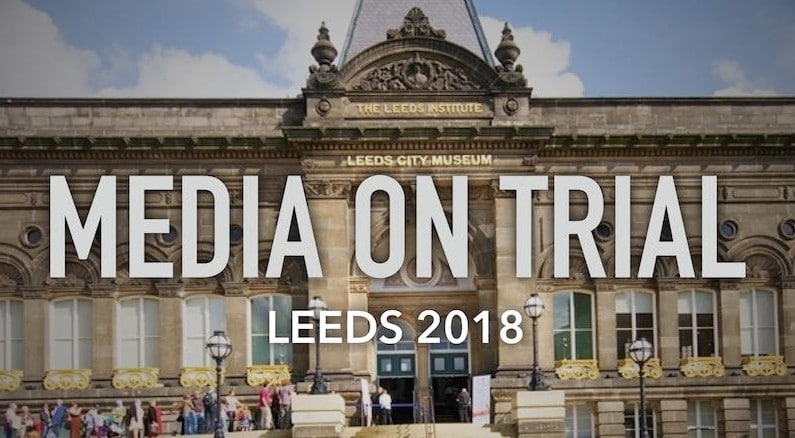 Bethania Palma writes for Snopes about the pro-Assad bloggers, academics, and activists attacking journalists covering Syria’s conflict, with a “Media on Trial” meeting in Leeds in the UK later this month.

EA’s contribution to the article, linking Russia’s disinformation campaigns with the work of the “true believers”:

You find a theme for your campaign and you just put it out there. You know your propaganda sympathizers will pick it up. You don’t have to pay them to do it, but at times you will flatter them – in this case the flattery that comes with being asked to speak at a conference or write an opinion piece or go on [Kremlin-funded network] RT and talk for a couple minutes.

A lot of [the motivation] is ego.They‘re getting flattery from the Russians. [UK blogger] Vanessa Beeley gets to go over to Moscow and meet [Russian Foreign Ministry spokeswoman Maria] Zakharova. She gets to go to Syria and get the flattery of the officials there. They play to that sense of ego and play to her desire that she be seen as a “journalist”, which is very important to [former Infowars writer Patrick] Henningsen as well.

EDITOR’S UPDATE, 1530 GMT: Leeds City Council have withdrawn the venue for the “Media on Trial” meeting.

A spokesman said in a statement:

Leeds City Museum recently received a request to host a panel discussion on May 27. Since accepting the booking, we have been made aware of further details regarding some of the content and discussion topics which would be part of the event.

Whilst the council and museums service are always in favour of promoting free speech and debate, our booking policy clearly states that events are subject to cancellation.

In line with that policy, we have decided that the museum is not an appropriate venue for this event and have informed the organisers that their booking has been cancelled.

A group of British and American supporters of Syrian dictator and suspected war criminal Bashar al-Assad wants to put the media “on trial” in a panel this month, where they plan determine whether journalists for Britain’s Channel 4 and the BBC — who reported from conflict zones in Syria and Libya — should be considered terrorists.

The panel, scheduled for May 27, 2018 at Leeds City Museum, includes Vanessa Beeley, a British blogger who has gained notoriety by churning out regime propaganda, and Patrick Henningsen, a former writer for Alex Jones’s conspiracy trolling network InfoWars.com.

Both are now editors for 21stCenturyWire.com, a disreputable web site that posts pro-Assad disinformation among a garbled cornucopia of pseudoscience and Holocaust denial. The site often hosts David Icke, a British personality who sells the belief that the world is secretly controlled by a race of shape-shifting lizard people who have faked mass casualty events like 9/11.

The panel will also include Peter Ford, former UK ambassador to Syria, professors Tim Hayward of the University of Edinburgh and Piers Robinson of Sheffield University, along with Robert Stuart, who believes that horrific BBC footage documenting the aftermath of a 2016 attack on a school in northern Syria was staged.