Forget the Constitution: Only His Ratings Check Donald Trump 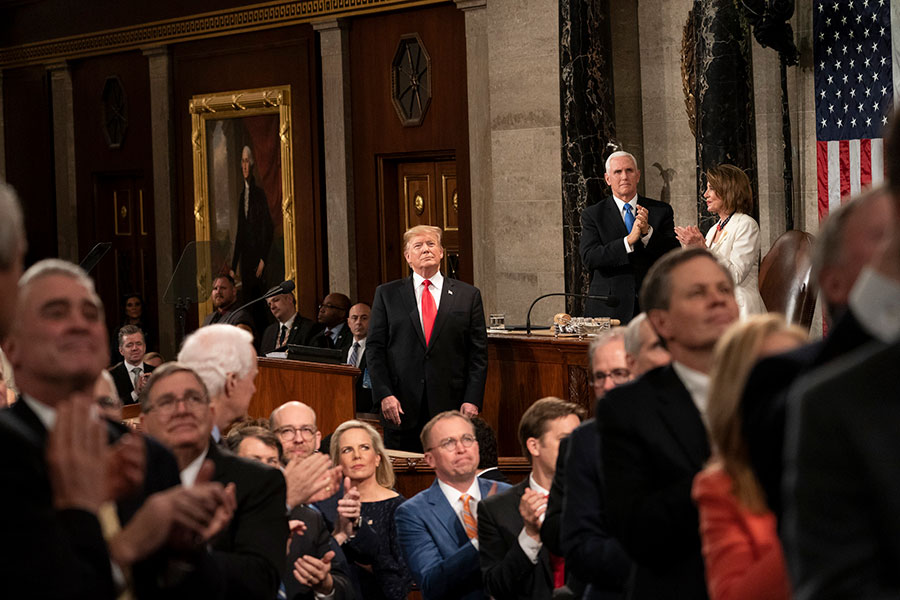 Donald Trump at his State of the Union address, US Capitol, February 5, 2019

Dr Tom Cutterham and Alice Battle of the University of Birmingham write for the History and Cultures Forum:

Just how powerful is Donald Trump? After his election in 2016, pundits — including several historians — warned that, with the enormous powers of the presidential office in his hands, Trump posed a grave threat to American democracy.

Two years later, though, the New Yorker declared him “a weak and rambling president”. Rather than the prelude to an authoritarian coup, his recent emergency declaration of a “national emergency” has been taken as a sign of desperation. The power wielded with such impunity by his predecessors seems, in Trump’s hands, to have gone rather limp.

TrumpWatch, Day 785: Trump Issues Veto for His “National Emergency” and The Wall

It’s certainly not the United States Constitution, or its arbiters in the Supreme Court, that have put the brakes on Trump’s political programme. Constitutional constraints did little to prevent presidents like Franklin Roosevelt, Richard Nixon, and George W. Bush from expanding the power of the White House, creating what Arthur Schlesinger Jr. called “the imperial presidency”. Whether confronting the Great Depression, fighting declared and undeclared wars abroad, or ramping up domestic surveillance and “enhanced interrogation”, past Presidents have been able to reshape federal government to their own ends. Their legions of lawyers have rarely failed to come up with a suitable constitutional work-around for whatever they wanted to achieve.

Nor is Trump’s biggest problem a divided government, now that the House of Representatives is controlled by the Democratic Party. For starters, he had two years of united government, but still made no progress on his signature policy, the border wall. The Republican majority in 2016 was significantly greater than the razor-thin one they had in 2000 when George W. Bush became president. Moreover, Democrats controlled both houses of Congress throughout Richard Nixon’s presidency, and the House (but not the Senate) for the duration of Ronald Reagan’s two terms. Partisan gridlock matters, but an opposition Congress alone can’t necessarily control a President. So what’s Trump’s excuse? 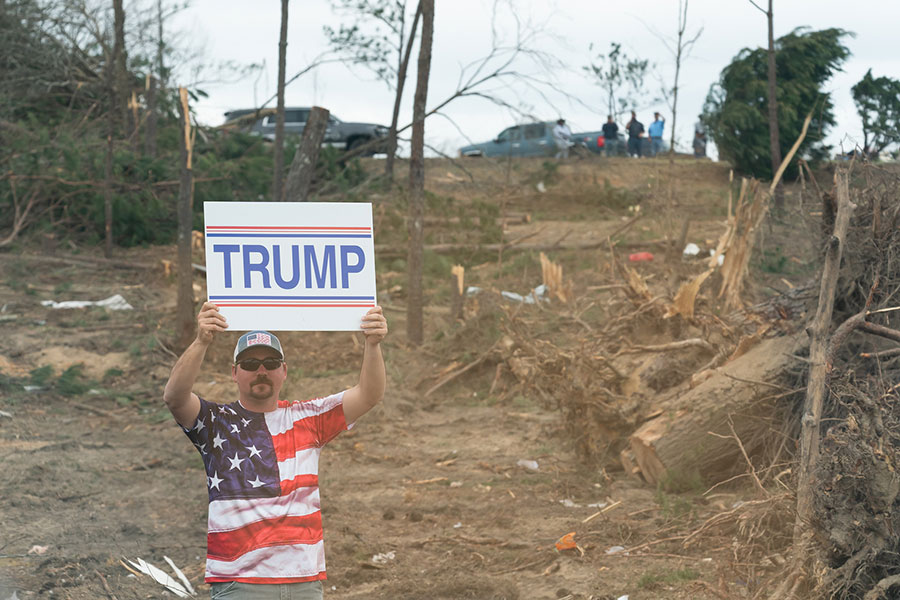 The real difference between the current President and his powerful predecessors is simple: popularity. While Trump revels in the adoration of his political base, his approval ratings among the electorate as a whole are outstandingly, overwhelmingly, historically awful. Where Nixon reached a high of 66% in 1973, and Bush a 90% shortly after 9/11, Trump has never achieved better than 45% approval. That makes it very difficult indeed to convince other office-holders and decision-makers, even in his own party, to support his programme. High approval ratings are a tool many have used to great effect. Low ratings, on the other hand, make it impossible to take decisive action that might have a positive impact. They create a vicious cycle of weakness, unpopularity, and stasis.

Apart from reassuring us that there are major limits to Trump’s effectiveness as President, what else does this analysis imply? One conclusion might be that, rather than the formal, legal constructs that ostensibly set limits to the power of the White House, it’s the broader landscape of social struggle that really determines political possibilities. Perhaps, as Jeremy Suri suggests, the contradictory expectations weighing on contemporary Presidents — including the balance between celebrity status and political expertise — has made it an impossible role to fulfil.

That should give pause to candidates already jockeying for the 2020 race. At the same time, if we are right that popular approval is what matters most to Presidential power, then regulating the way social media technology is weaponized to manipulate public perceptions needs to be near the top of our political agenda.