Syria Daily: Erdoğan Steps Up Attack on US Over Kurdish-Held North 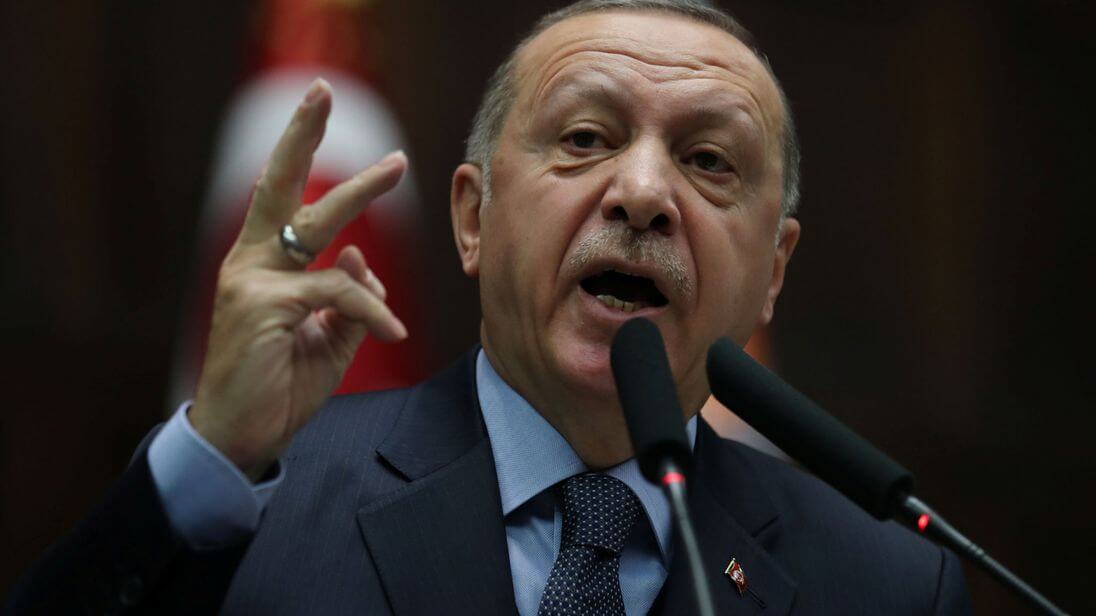 Turkey President Recep Tayyip Erdoğan has stepped up his attack on the US, as Ankara presses for American withdrawal from Kurdish-held northern Syria.

Speaking at a naval ceremony in Istanbul on Saturday, Erdoğan accused Washington and its partners of effectively backing “terrorists”, including the Syrian Kurdish Democratic Union Party (PYD) and its YPG militia.

Those who give weapons to terrorists with blood-soaked hands create unimagined obstacles when Turkey seeks to buy the same weapons. From Daesh [Islamic State] and PKK to Al Qa’eda and Al Shabaab, all terror organizations that shed the blood of Muslims have Western weapons in their hands.

The murderers of PYD/YPG, who conduct an ethnic cleansing in northern Syria, have the rockets, bombs and ammunition of our allies.

On December 14, during a phone call with Erdoğan, Donald Trump impulsively decided on the withdrawal of all 2,000 US troops in Syria. But the Pentagon and other US officials have spun out any departure and warned Ankara not to attack the Kurdish-controlled north, about 27% of Syria’s territory.

The US created the Syrian Democratic Forces, led by the YPG, in autumn 2015 to push out the Islamic State. Advances have reduced ISIS to a small pocket near the Iraqi border, under SDF attack.

However, Turkey considers the PYD and YPG as part of the Turkish Kurdish insurgency PKK, which has battled Ankara’s security forces for more than 30 years.

Talks between Turkish and American officials have failed to establish agreement on a 32-km (20-mile) deep “safe zone” across the Kurdish cantons of Kobani and Cezire along the Turkish-Syrian border. Ankara is demanding the withdrawal of the YPG and the handover of their US-supplied weapons.

Erdoğan proclaimed on Saturday, “Over the last three years, we have scored many large successes against terror groups, especially Daesh and the PKK, who target our citizens’ lives and try to divide our country.”